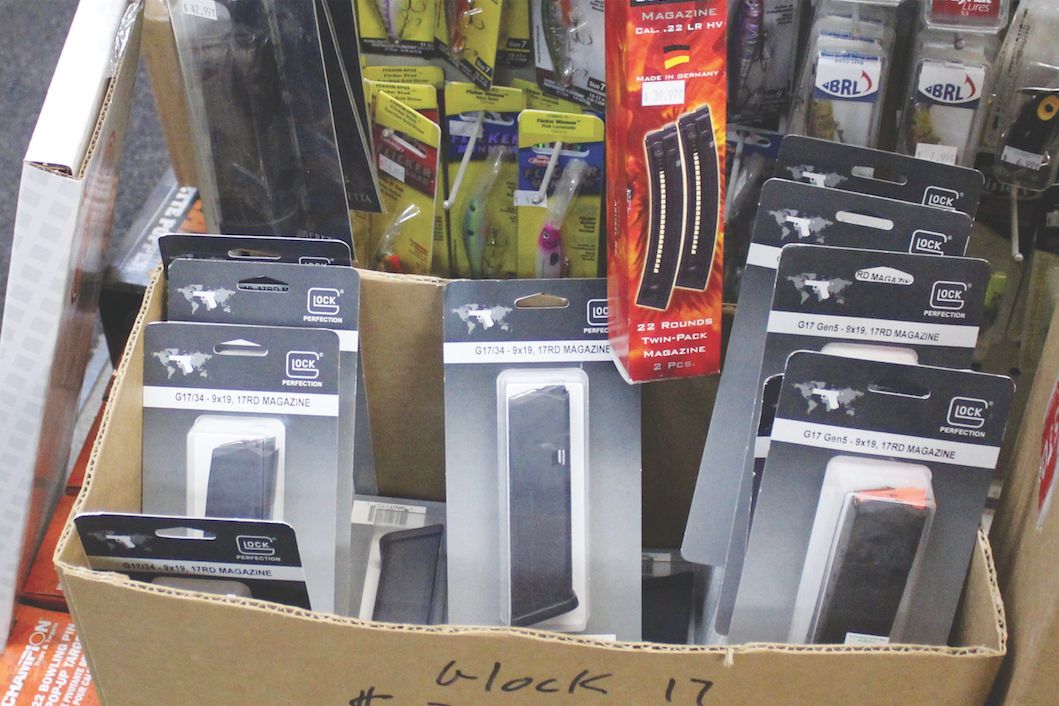 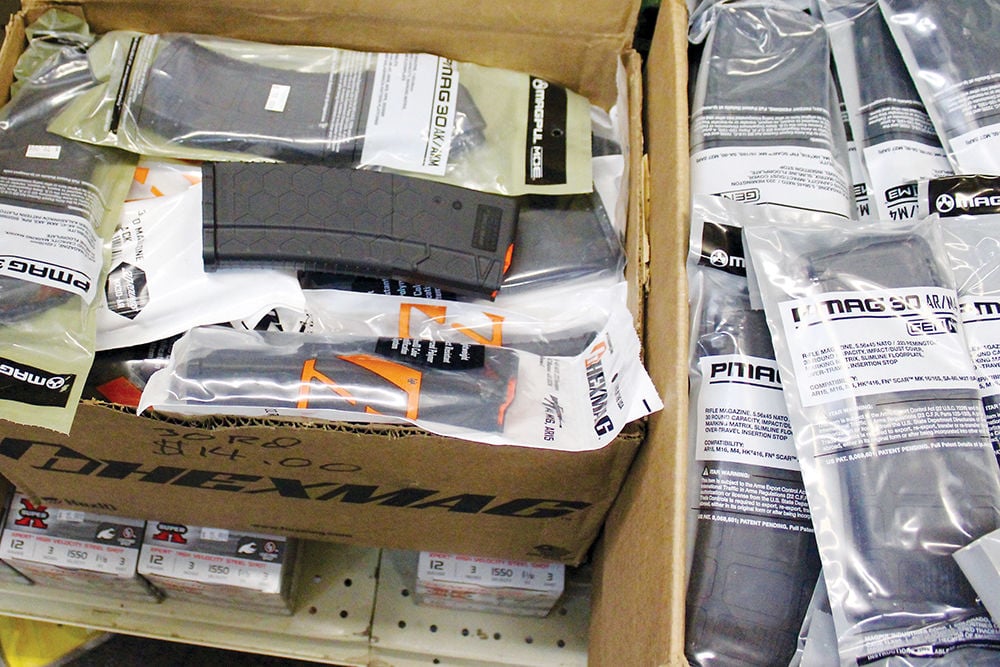 The Vermont Federation of Sportsmen’s Clubs — a group based in Morrisville — and three other organizations are suing the state government over the recently approved ban on high-capacity magazines that will take effect Oct. 1.

The federation, Vermont State Rifle & Pistol Association, Powderhorn Outdoor Sports Center in Williston and Locust Creek Outfitters in Bethel assert that a law capping magazine capacity at 10 rounds for a long gun and 15 rounds for handguns violates gun owners’ rights under Article 16 of the Vermont Constitution, which protects citizens’ right to bear arms.

Chris Bradley, president of the Vermont Federation of Sportsmen’s Clubs, which has 16,000 members, said popular rifles and pistols on the market come standard with magazines in excess of these new limits.

The standard capacity for the AR-15 semi-automatic rifle, for example, is 30 rounds; for pistols, standard clip capacity is 17 rounds.

If dealers are no longer able to sell the what the industry deems standard-size magazines to customers in Vermont, their local business could suffer because Vermonters will go out of state to buy the devices and ammunition, the lawsuit contends.

Though the law prohibits possession and sale of the magazines after Oct. 1, it exempts those purchased legally between now and then. Therefore, the lawsuit says, the ban is “unenforceable” because there is no tracking system for magazines.

The high-capacity clips bear no markings that indicate the date of manufacture, so folks could just cross into New Hampshire after the ban takes effect to buy what they would previously have purchased from a local shop.

Ramel Kuney, owner of The Old Fishing Hole in Morrisville, says the state’s definition of high capacity is just “an arbitrary number pulled out of their backsides,” and makes no sense.

Kuney says the bill deems illegal a Glock 17, which is generally a target-shooting pistol and comes standard with a 17-round magazine, but Glock 19s, which are shorter and more commonly used as concealed-carry weapons, would be legal with a standard 15-round clip.

Both are semi-automatic handguns typically carried by police; and military personnel will be exempt from the ban.

Henry Parro, owner of Parro’s Gun Shop & Police Supplies in Waterbury, says the law enforcement exemption will affect his business, because he often takes trade-ins from police in Vermont and outside the state to resell.

“Most of those guns are now considered high-capacity,” said Parro, a former police office. “So, before I sell them, I’d have to purchase replacement magazines with smaller capacities,” cutting into his bottom line.

To sell AR-15s, he’d also have to purchase replacement magazines with a smaller capacity.

“There’s only one AR-15 that has a lower capacity, that I can still get in my store,” said Kuney at The Old Fishing Hole. “The state may have removed the ban on assault rifles from the bill, but it’s just doing it in a different way,” and it won’t solve anything.

The school shooting in Parkland, Fla., on Valentine’s Day wouldn’t have been prevented with a magazine capacity limit, Kuney says, because the alleged shooter was using only 10-round magazines. The reason? Larger capacity magazines wouldn’t fit in his duffel bag, according to the Miami Herald.

A federal law passed in 1994 similarly banned assault weapons by limiting magazine capacity of the guns to 10 rounds. That law expired in 2004, and since then, multiple attempts to renew the law have failed, as opponents say it had little effect on crime rates.

There were 650 firearms models, including Browning, Remington and Beretta guns, that were exempt from that ban because they were deemed suitable for target practice, match competition and sporting purposes.

Those same guns would not be exempt under the new state law, and the lawsuit says that could limit participation in shooting matches across the state, resulting in less income for local clubs — such as the Lamoille Valley Fish & Game Club in Morrisville, which hosts Green Mountain Practical Shooter competitions that require enough magazines or speed loaders to hold 40 or more rounds.

The magazine ban is also an “impediment to self-defense” in rural Vermont, where police response times can be slow, especially late at night when many Vermont State Police troopers are off duty, the plaintiffs say.

During testimony on the bill, Rod French, a Cambridge resident, outlined an event five years ago: A stranger came to his door on a dead-end street at 3:30 in the morning and tried to break in. It took police 21 minutes to respond.

French armed himself with his handgun in self-defense, but his military training helped him control the situation so that he didn’t have to resort to violence, he said. But what if the situation had escalated?

“How can you and your committee in good faith deem to justify what I can and can’t own in the protection of my loved ones and myself? How can you, some of you from residences with minuscule police response time, set for me the number of rounds I may or may not need in a violent situation?” he wrote to the House Judiciary Committee.

“These new laws were a knee-jerk reaction to a problem that didn’t even exist in Vermont,” Parro said. “There wasn’t a crime problem with high-capacity magazines or firearms. We’re one of the safest states without firearms restrictions.”

Parro has a copy of bill S.55 on his desktop and has been reading the law line-by-line, making notes on how his business will need to change in the next few months.

He and Kuney can no longer restock the high-capacity magazines, and have until Oct. 1 to get rid of what’s on their shelves.

For now, the bill has actually boosted sales for both stores, because all high-capacity magazines purchased before Oct. 1 are exempt from the possession law.

“Once the government says you can’t have something, it drives people’s desire to have it,” Parro said.

Says Kuney: “I usually sell more hunting guns, but AR-15 sales are boosted when things like this come up, and there have been more high-capacity magazines brought into the state since they started talking about this bill than existed here before.”