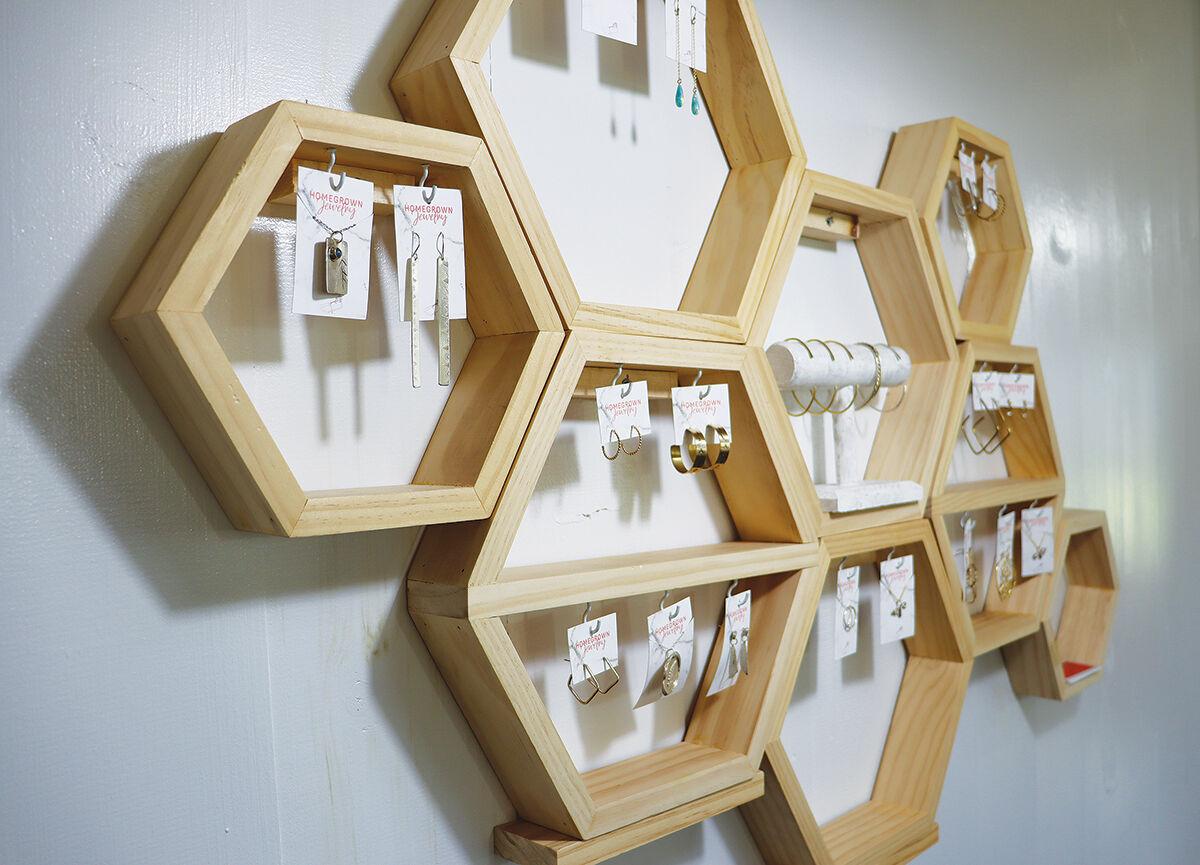 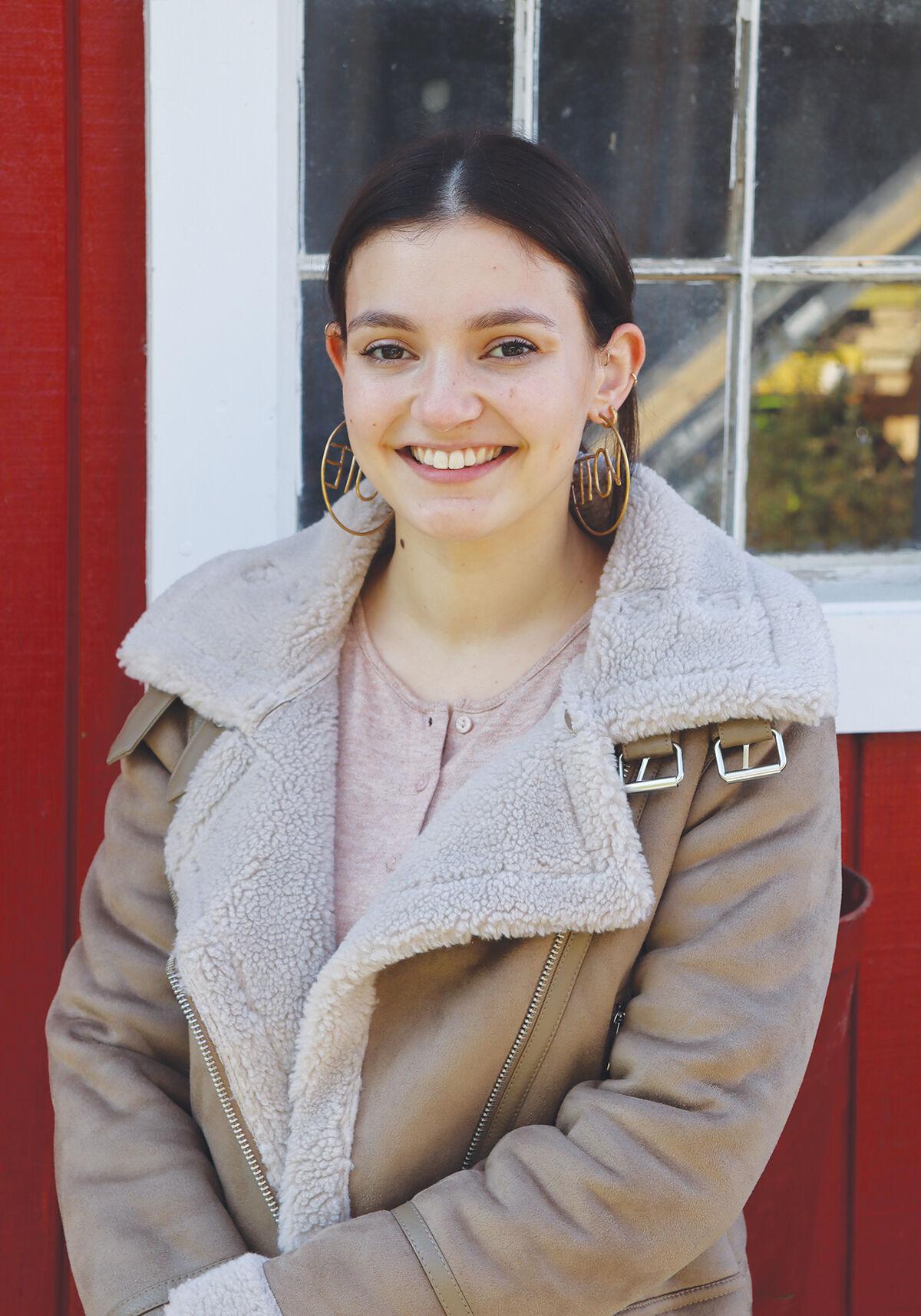 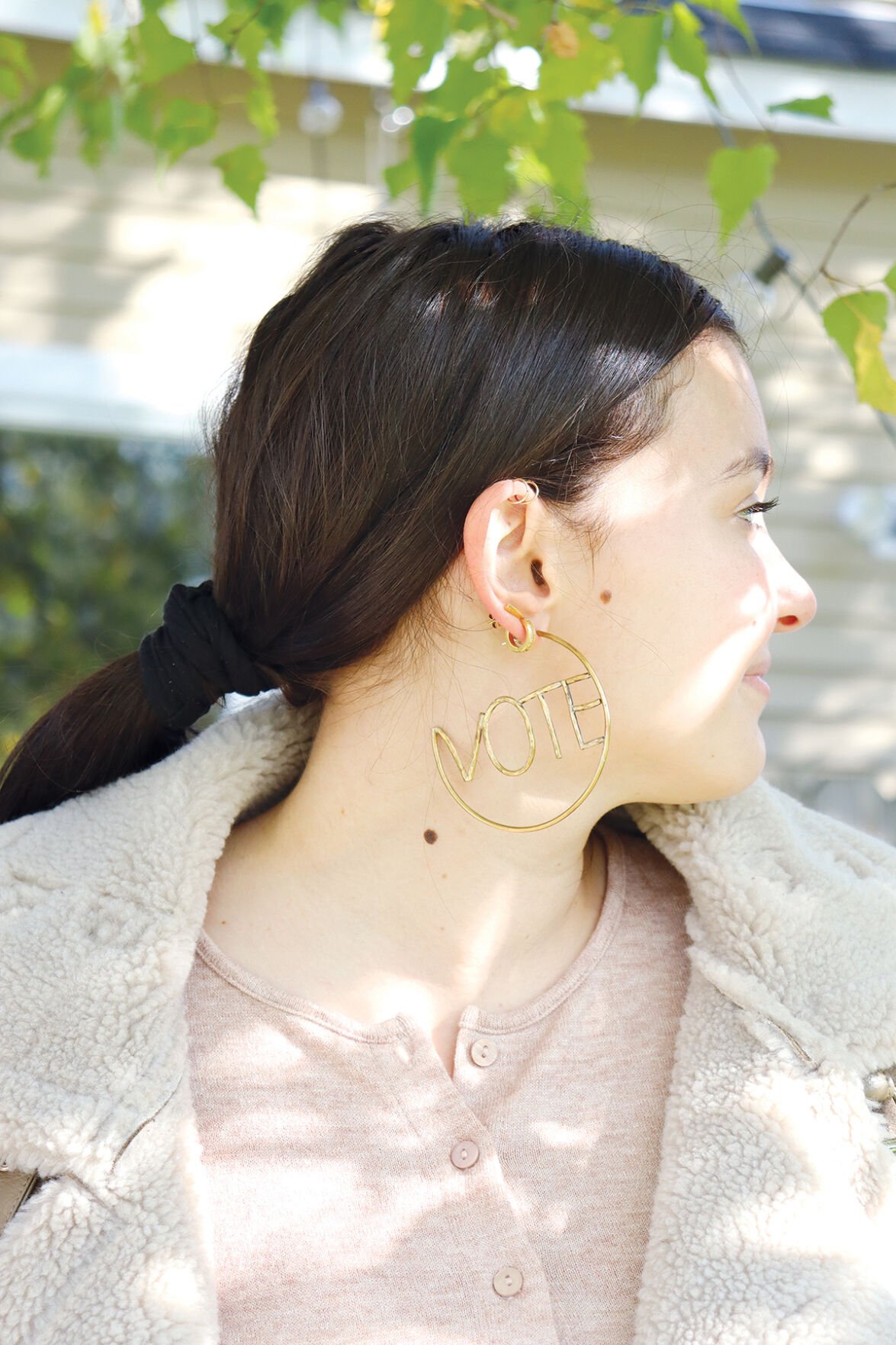 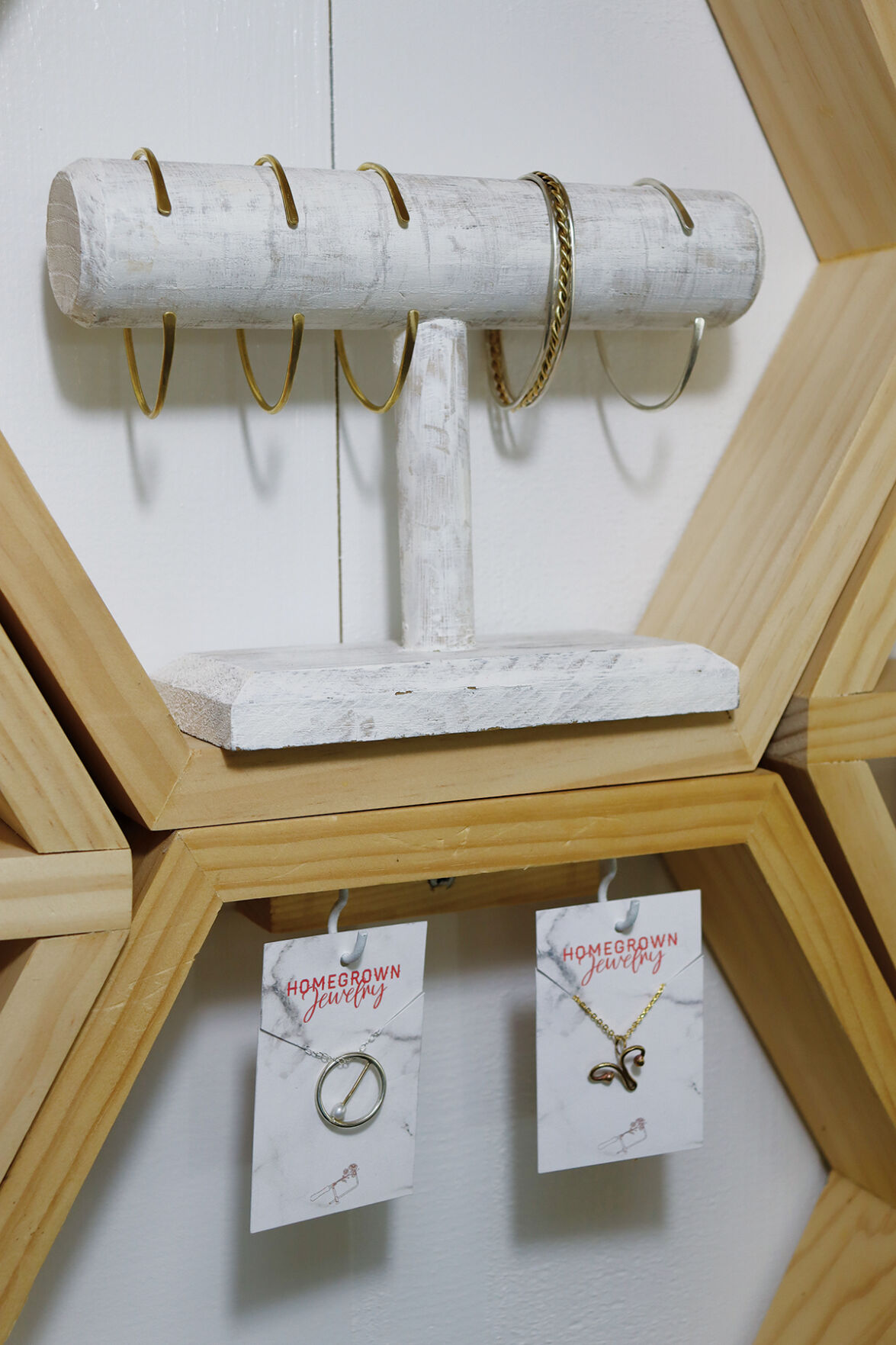 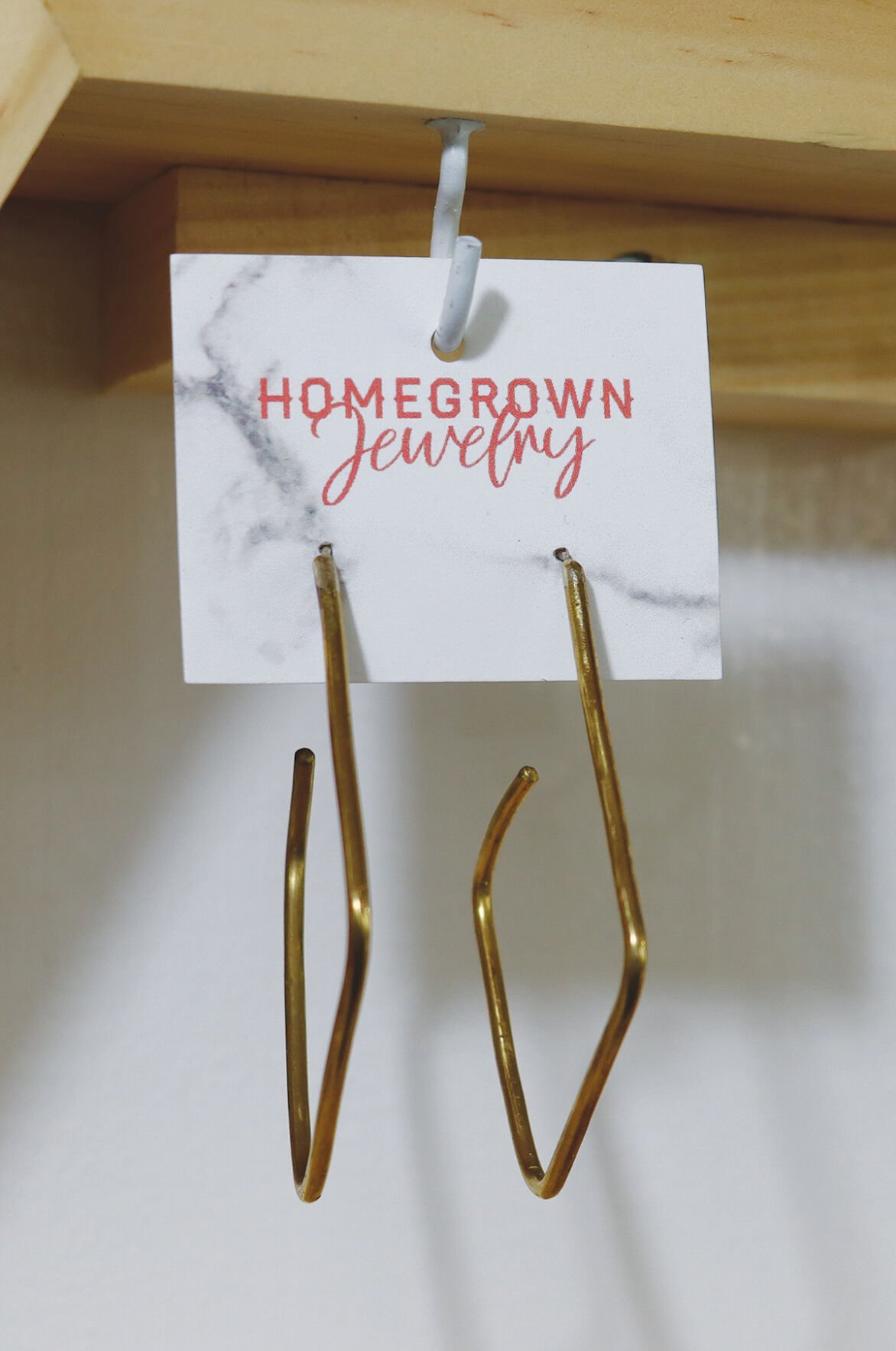 Francesca D’Elia of Jeffersonville started making jewelry in middle school as part of an after-school arts club and then more seriously in her sophomore year of high school.

Now, she’s the founder and owner of Homegrown Jewelry.

While she was looking at colleges, she participated in a craft show with her mother — she realized at that point this could be her path.

While she got excited looking at colleges and thinking of different programs of study, D’Elia also decided to pursue her passion to create a business where she would make and sell her jewelry.

This November marks her seventh year in business; she started selling jewelry during her sophomore year of high school.

Initially, she had an Instagram page where she sold her jewelry. When she got to college, D’Elia expanded her reach.

Everyone in her friend group at St. Michael’s College, where she studied business and economics, was supportive and wanted to help her sell her jewelry. It was in 2017 when D’Elia created an Esty shop, moving from craft shows to online.

This spring, going into her last semester of her senior year, she decided to make and launch her own website to showcase her story and sell her jewelry while learning remotely.

A good use of the pandemic and quarantine, D’Elia said.

Since her website launched, she has seen an increase in sales and it’s been largely successful.

She said it’s been “unreal and really cool to see all the people who have been following me since I was just doing craft shows and then just doing Etsy. They all came out to support it, share the website, and to buy jewelry.”

Since then, her business has been growing like crazy, between a variety of social media platforms. D’Elia now gets orders from across the country.

She shares videos on YouTube displaying new collections, and is working on others showing people the process of jewelry making, so they can get a glimpse into how it all happens.

D’Elia has been a member of the online community, Her Campus, for all four years of college and was a campus coordinator her senior year.

She described Her Campus as “an online media platform for college-aged women, and is all about empowerment through the professional use of media.”

She has played many different roles with Her Campus, like being a journalist and publishing online, hosting events, marketing for the organization, and finally acting as coordinator between the national Her Campus organization and St. Michael’s local chapter.

One fun thing she did was give out survival kits to students on campus and promote different brands on campus for certain companies handpicked by the organization.

When students were forced to go remote because of COVID-19 this past spring, Her Campus continued to try and lift students’ spirits and hosted a virtual graduation celebration, which included celebrity guest speakers.

Recently she entered into a competition, called the Aussie Business Plan Competition, put on by Her Campus and Aussie Hair Care, which was created in an effort to continue the momentum of lifting students up, especially young entrepreneurs. Her Campus was founded by three graduates of Harvard University, who had to work hard to make the organization what it is today and knowing that, they wanted to give other young entrepreneurs a chance pursue their passions.

And, part of winning the first round, D’Elia got a six-week mentorship with a business owner, Ian So, from Chicken and Rice Guys in Boston. She learned more about social media through his mentorship and how that pertains to increasing sales of your product.

D’Elia received guidance in how to run her business more effectively. You can’t run off an empty tank, she said.

She was able to work on a pitch video with mentors in the competition, with business executives from Proctor and Gamble giving feedback. D’Elia found out a week later she was a finalist, receiving a new mentor, one of the founders of Her Campus, Windsor Hanger Western, and a $10,000 grant and $10,000 ad package with Her Campus.

She said she understands the importance of having a mentor, especially another woman, who can help her understand what she needs to change or strengthen.

D’Elia said, “It’s very valuable to hear their perspective on how to grow a business, when they have been doing it for 10, almost 11 years at this point.”

Lately, she’s seen more of her peers finding success in things that they love to do, like thrift shopping and reselling the clothes they find online. A friend who has a passion for photography has now created a own graphic design business, even helping D’Elia build and expand her social media pages for Homegrown Jewelry.

“It’s so cool to see entrepreneurship being seen as, you can do this. It might be really hard and terrifying, but you can totally do it,” D’Elia said.

One of her newer pieces is a gold hoop earring with the word “Vote” inside the hoop. She said late one night in her studio she had been working on orders and wanted to do something new to take a break.

Without figuring out the dimensions, she went for it — and ended up with a product that is now among her top-selling earrings.

She even sold a pair to Ilana Glazer, comedian and actress best known for her role on “Broad City,” through her hairdresser’s mutual friend.

She is also doing a collaboration with her mentor as a Her Campus giveaway.

She said that “especially this year you can feel very out-of-touch with everything and making jewelry is how I think through things and deal with things.”

And putting on a pair of hoops that say “Vote,” she said, makes her feel empowered.