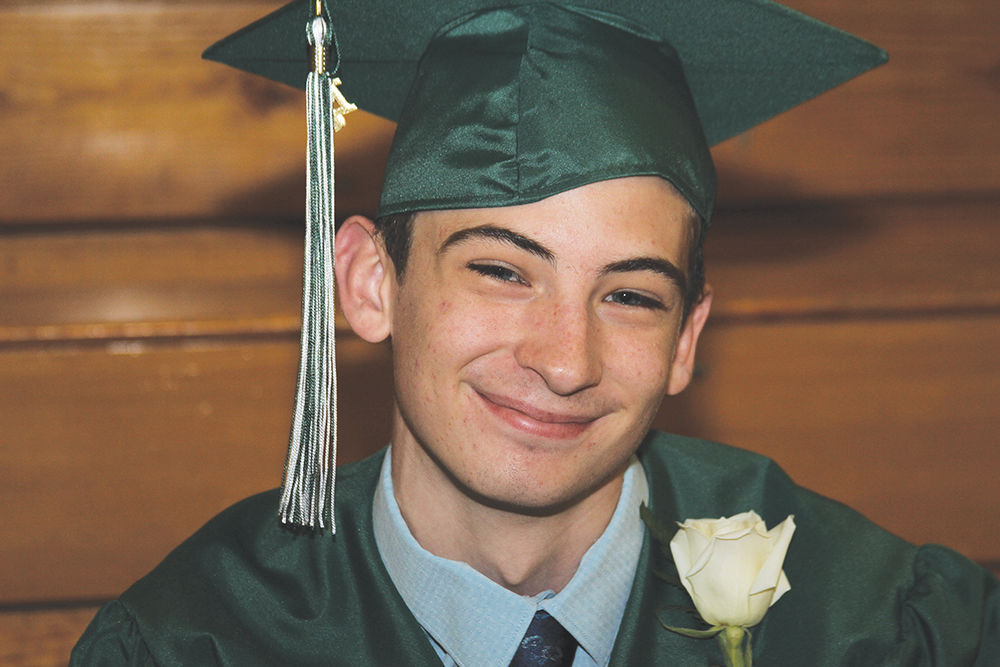 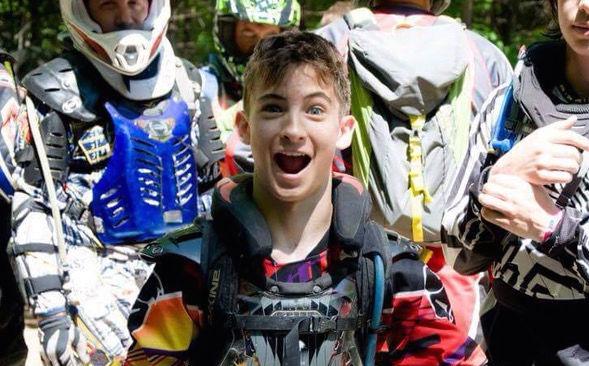 Dexter Thurston, 19, of Wolcott was killed in a car crash last Friday in Elmore. He was a 2017 graduate of Stowe High School. 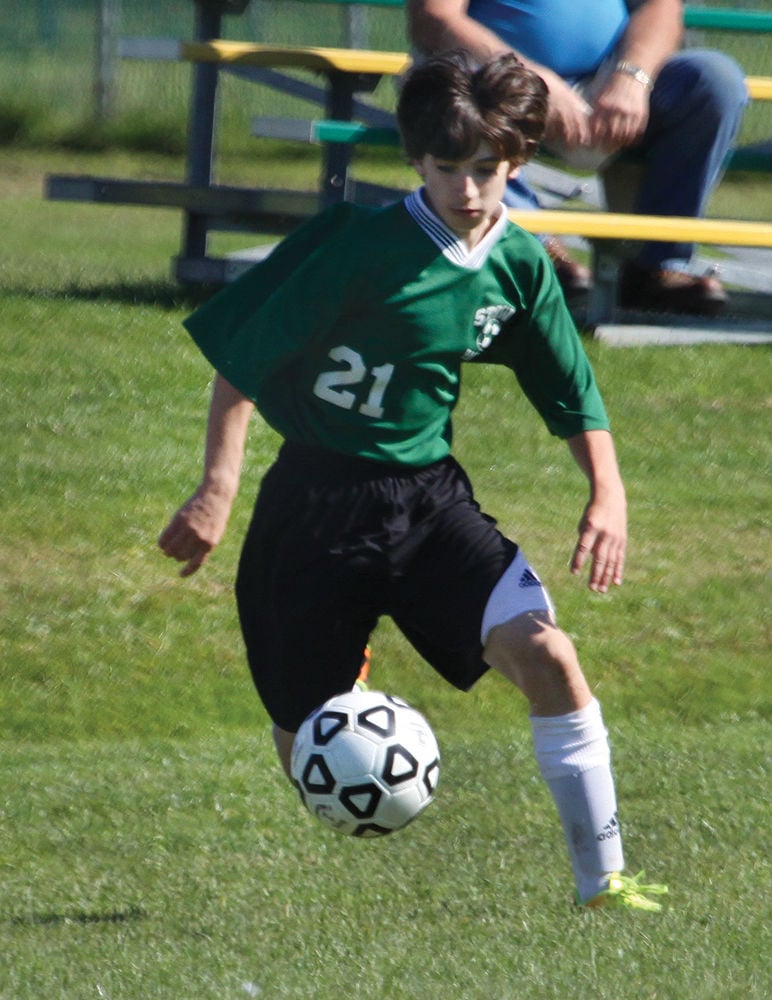 Even though he played on the JV team for most of his athletic career, coach Brian Buczek remembers Dexter Thurston in part for “that huge smile on a little guy; he had a larger-than-life personality.” 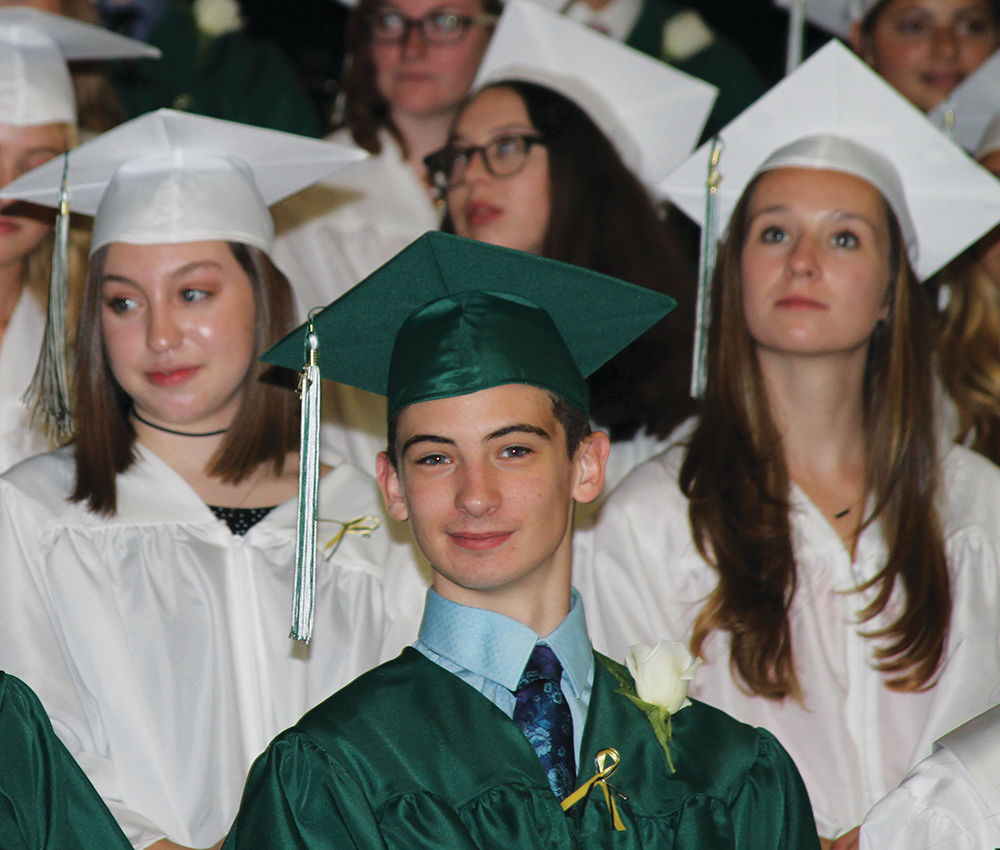 Dexter Thurston, 19, of Wolcott (born in Waterbury Center) was killed in a car crash last Friday in Elmore. He was a 2017 graduate of Stowe High School. 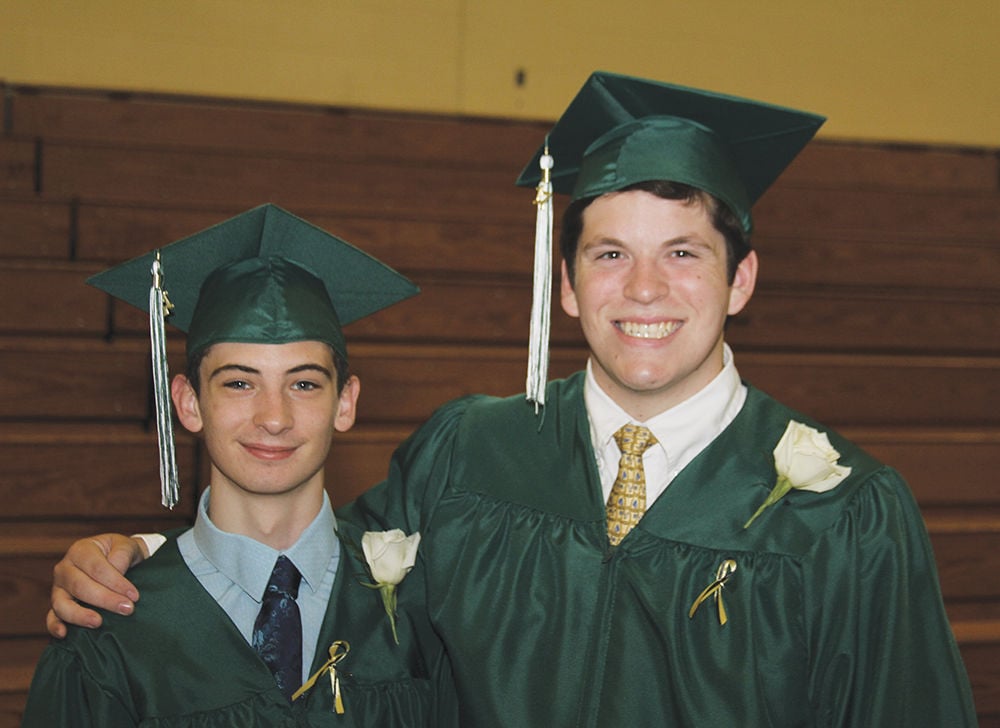 Dexter Thurston, 19, of Wolcott was killed in a car crash last Friday in Elmore. He was a 2017 graduate of Stowe High School.

Even though he played on the JV team for most of his athletic career, coach Brian Buczek remembers Dexter Thurston in part for “that huge smile on a little guy; he had a larger-than-life personality.”

Dexter Thurston, 19, of Wolcott (born in Waterbury Center) was killed in a car crash last Friday in Elmore. He was a 2017 graduate of Stowe High School.

A car crash last week has left a hole in the community that, if it were visible, might resemble an ear-to-ear grin, a Cheshire cat fissure that spans from Wolcott to Waterbury.

Dexter Thurston was 19 years old when, last Friday morning, a driver heading the opposite way along Route 12 in Elmore crossed into Thurston’s lane and hit his car head-on (see related story).

Certain things don’t appear in police reports about fatal car crashes. Things like how the victim told his young passenger, “Hold on,” just before the car that shouldn’t have been in his lane, but was, slammed into them. But that’s what people are saying.

“That was Dexter, always helping someone else,” said Ethan Wehse, one of Thurston’s close friends in the Stowe High School class of 2017. “Even in class, he’d always be the one to finish his work and help others out, and sometimes help them out before he finished his own work.”

Alexandra Sharat, another of Thurston’s class-of-2017 school friends, said she went from disbelief to heartbreak when she received the text message about his death, and said that whole grade is devastated. They were all really close, cared about each other and knew everyone else in the class.

“He was just a ball of sweetness,” she said. “I honestly feel like he felt it was his job to make everyone feel better.”

“He had a really good energy always going on. Always excited. I don’t think I ever saw him upset.”

Stowe High classmate April Luty said the pair developed a special bond during their time as Raiders, since they were both from out of town. She was still making that adjustment when her junior year rolled around, and Thurston “was really good with helping me feel better.”

“During study hall, he’d sit with me, talk with me and ask how things were going,” she said. “He was a pretty caring person. He was like that with a lot of his friends.”

To Luty, Thurston was a classic case of being much more than what meets the eye.

“To someone who wasn’t super close to him, he probably seemed like an outsider,” she said. “He sat in the back of the classroom with his headphones on; he didn’t look like he cared.”

That definitely wasn’t the case, though; in fact the opposite was true.

Thurston was a young man in motion, whether it was on his long board or snowboard, dirt bike or snowmobile. Wehse grins when he remembers going to one of Thurston’s birthday parties and learning to ride his friend’s dirt bike, motocross style.

Tish Ingraham, a former schoolteacher who had Thurston in grades four and five at Wolcott Elementary School — and who, years ago, named her dog Dexter, after him — said he’d been driving something since not long after he learned to walk.

“As soon as I heard it was a car accident, I knew in my heart it wasn’t his fault, because he really had a command of energy and motion,” she said.

Dexter Crosby Thurston was born Oct. 13, 1998. He leaves behind a dad named Wayne and a little brother named Owen who is the spitting image of him. Two of his former co-workers at Piecasso restaurant in Stowe, Kelby Furrer and Jeannette Mouris, said when Owen came in for dinner the first time, the whole staff did a double take.

“His mom loves both her sons fiercely. There’s a mama bear quality to her, a passion, you know the type,” Ingraham said. “And he, he was a very doting older brother, too.”

Luty saw Thurston’s family-first attitude when she went to a local fair with Thurston, his mom and his younger brother.

“It was really nice to see how much his little brother looked up to him, that was just a really good day,” Luty said.

Ingraham said Thurston was often misunderstood by other adults, because he was wise beyond his years and could, and would, challenge adults — and be right – even if it wasn’t OK for the adults to acknowledge it.

“We actually became friends,” she said.

Thurston was the rare kind of kid who came running up for a hello and a hug in the middle of the grocery store, rather than duck up a different aisle, she said.

“There were so many times when I said, ‘Let’s continue this conversation when you’re an adult,’ even though I think he could handle it,” Ingraham said.

Luty said he could be hard-headed and stubborn about certain things — he was famous for his sarcasm and ability to push someone’s buttons — but everyone seemed to love him for it.

Thurston smiled a lot, and laughed a lot, and joked around a whole lot, and even though Ingraham said he often did it “to protect a sensitive heart,” plenty of his friends run out of words and simply describe his grin.

Monday afternoon around 4:30, the staff of Piecasso was prepping for the evening rush, with Fred Bailey and Henry Race tossing dough and decorating pies. They talked about his sense of humor.

Bailey: “He was an eccentric kid, and liked to be the center of attention, always having fun.”

Race: “He had a really good energy always going on. Always excited. I don’t think I ever saw him upset.”

A few front-of-the-house folks came back into the kitchen to add their voices to the chorus.

“Dexter had a very infectious personality,” Jeannette Mouris said. “He liked to mess with people and for people to mess with him back. That was his thing. He was a good kid.”

Kelby Furrer said Thurston was a hard worker who made his way from bussing duties to waiting tables, and he’d bring that personality to his tables and his customers felt it, too.

“He was the dishwasher king at the Veterans Day breakfast,” Wehse said.

Furrer remembered Vicky Thurston coming in one night, and the two of them bonded over her son.

“We had a long chat about him, and we resonated on a lot of points, his upbringing and everything the kid stood for.”

Amanda Michele, Thurston’s old boss, started crying as she listened to everyone saying different versions of the same thing.

"I know everybody's saying that, but he was just a really fun kid to be around,” she said.

Brian Buczek, Stowe High’s varsity boys soccer coach, got to know Thurston even though he played on the JV team for most of his athletic career. Buczek remembers Thurston in part for “that huge smile on a little guy; he had a larger-than-life personality.”

“Meeting a kid like Dexter, having a connection and continuing to engage with him, that’s what it’s all about,” Buczek said. “He was one of those kids, you knew he was going to do something special, just based on his personality.”

“I can’t imagine, as a father, what that family is going through,” Buczek said. “There are no words that can explain the loss of a child to a family.”

Sharat said this isn’t the first time, nor will it be the last time, that she and her still-young Class of 2017 will lose a member of the family.

“I feel like teenagers in our community realize we aren’t invincible,” Sharat said. “Everyone I see in my grade right now, I hug them, because they’re part of a family.”

A Wolcott teenager was killed in a head-on car crash in Elmore Friday, and the driver of the car that hit him is facing criminal charges, police say.