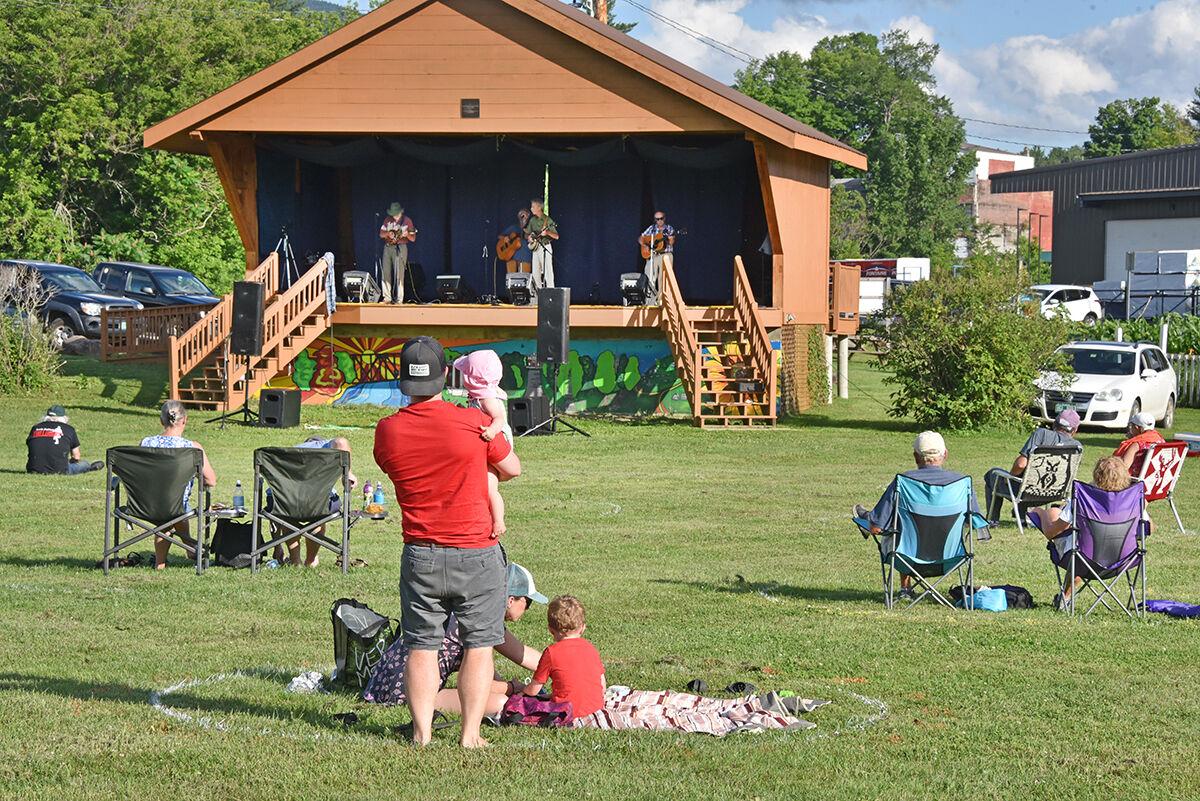 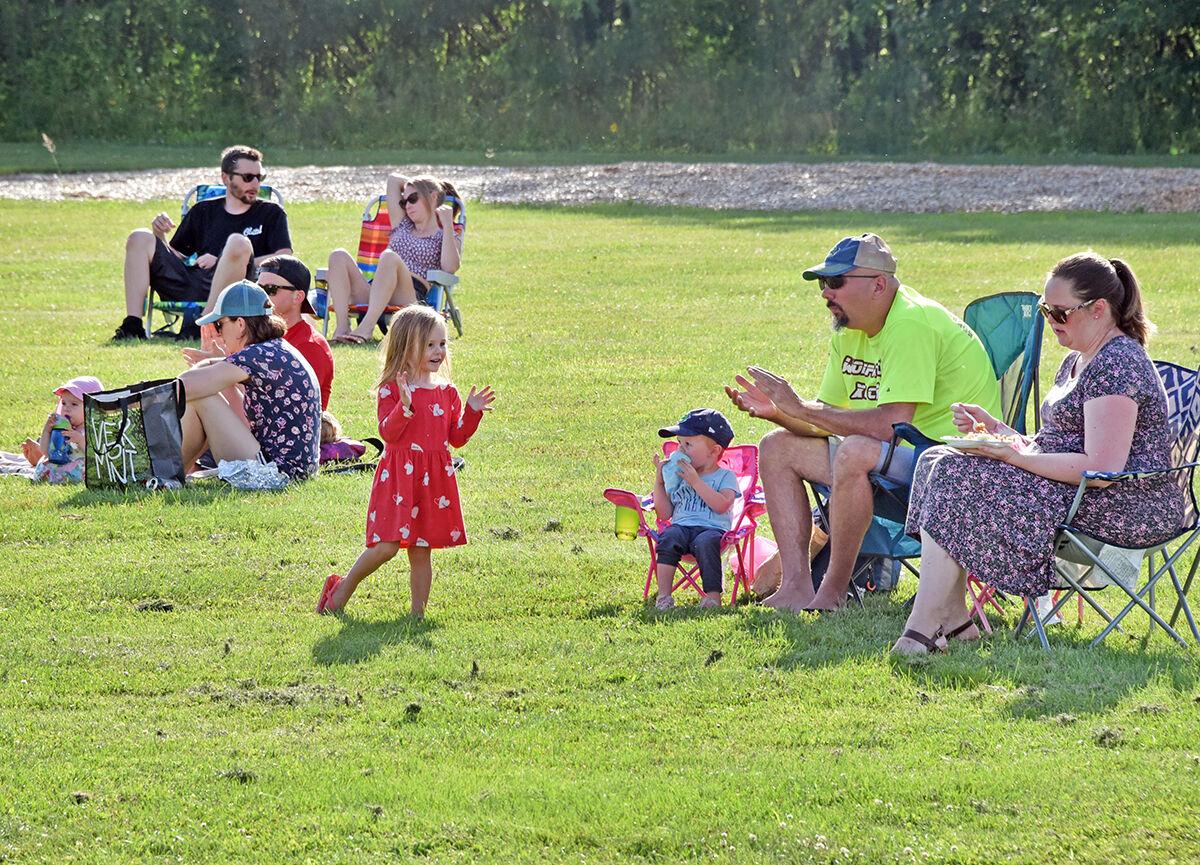 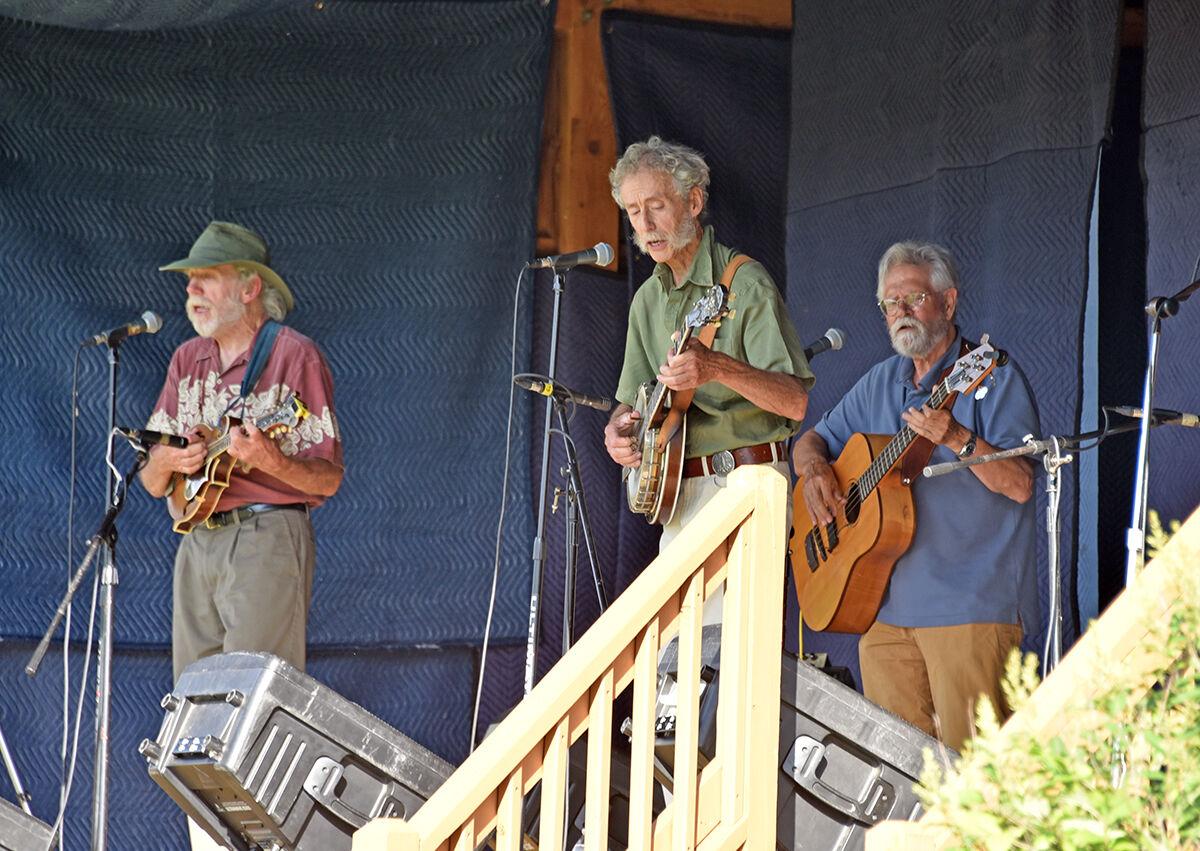 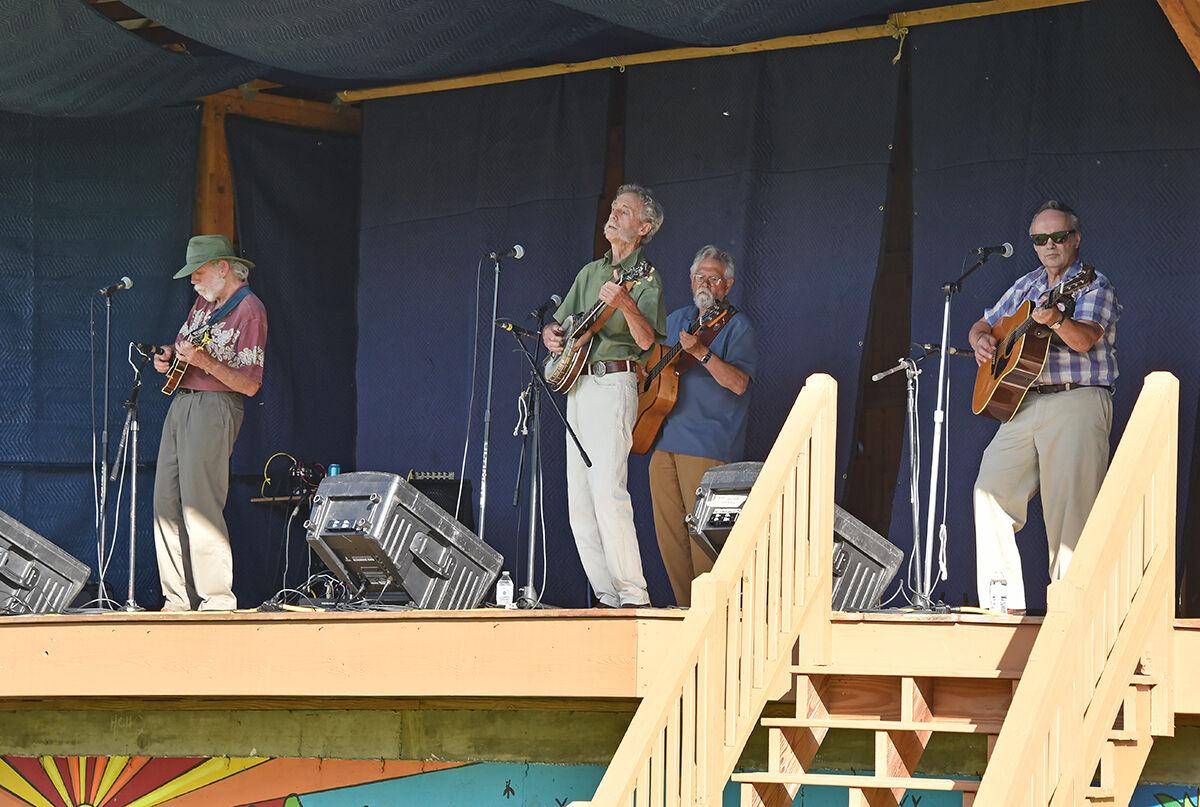 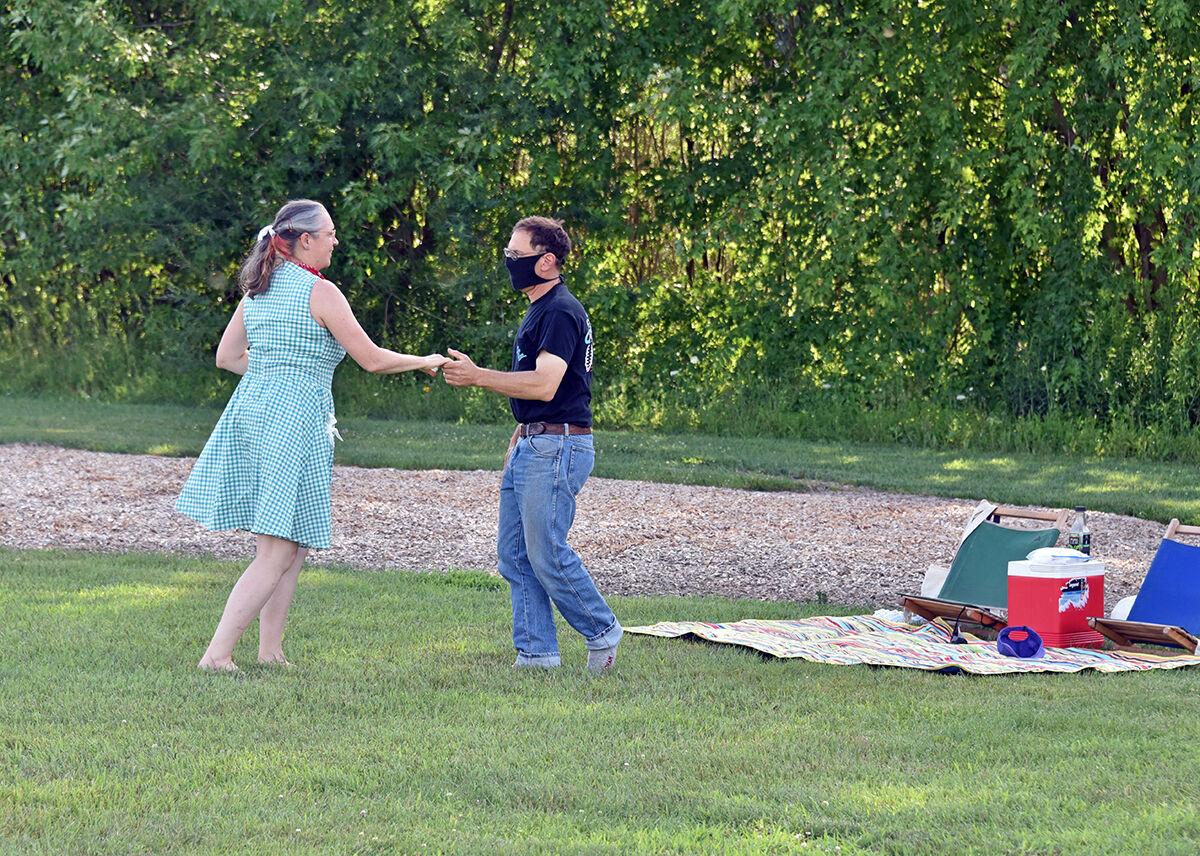 Music can overcome everything, even a pandemic, provided you wait long enough and you keep your distance.

The Vermont Bluegrass Pioneers played the first show of the year and just over 100 people turned out to see them, sitting within socially-distanced circles marked on the grassy audience space. Cookie’s Hot Club Trio was scheduled to play last night. The Lesley Grant Band will close out July with a performance July 29.

Wednesday Night Live is held from 5:30 to 7:30 p.m. at Oxbow Riverfront Park. The summer concert series was postponed because of the COVID-19 pandemic. By July, the Morristown Select Board decided it was safe to start, and more concerts are planned for August, Follert said.

“We got lucky with beautiful weather,” Follert said about the opener, and the audience was terrific. “They showed they can be responsible and understand the protocols, what the governor wants out of people” amid the pandemic.

Morristown Police Chief Richard Keith didn’t send any extra patrol to the event, and confirmed that the department received no complaints about the concert.

State guidelines limit attendance at outdoor events to 150 people, but for now the town has capped attendance at 140 people to be safe. Attendance was a bit lower than that for the first show.

“The crowd was good; we had probably 90 people at most at any one point,” Follert said. People came and went during the two-hour show, and she said a total of about 125 people were there at some point.

“They scattered all over the whole top side of the park,” Follert said. “I didn’t see any big congregations of people,” and everyone seemed to stick with the small group they came with. The spray-painted social-distancing circles across the park, showing people how far apart they should stay, proved to be a big hit.

“I went down at 4, and there were already some people there. Some couples were already sitting in their circles,” Follert said. “It was just the cutest thing.”

People are also required to wear masks as they enter the Oxbow, but can take them off once they’re in. Follert said she brought masks to give out to anyone who didn’t have their own, but “99 percent of people had masks with them and understood the concept.”

“Even when people got up to walk around, they put masks on,” Follert said. “I really feel like people get it. They get the social distancing; they get the masks.”

“I personally didn’t really know what to expect,” Follert said. “I was very pleased with how it turned out. It was just good to see people outside and happy.”