You are the owner of this article.
Edit Article Add New Article
You have permission to edit this article.
Edit
Home
News
Sports
Opinion
Community
SCENE
Calendar
Special Publications
Marketplace
Classifieds
Contact Us
1 of 9 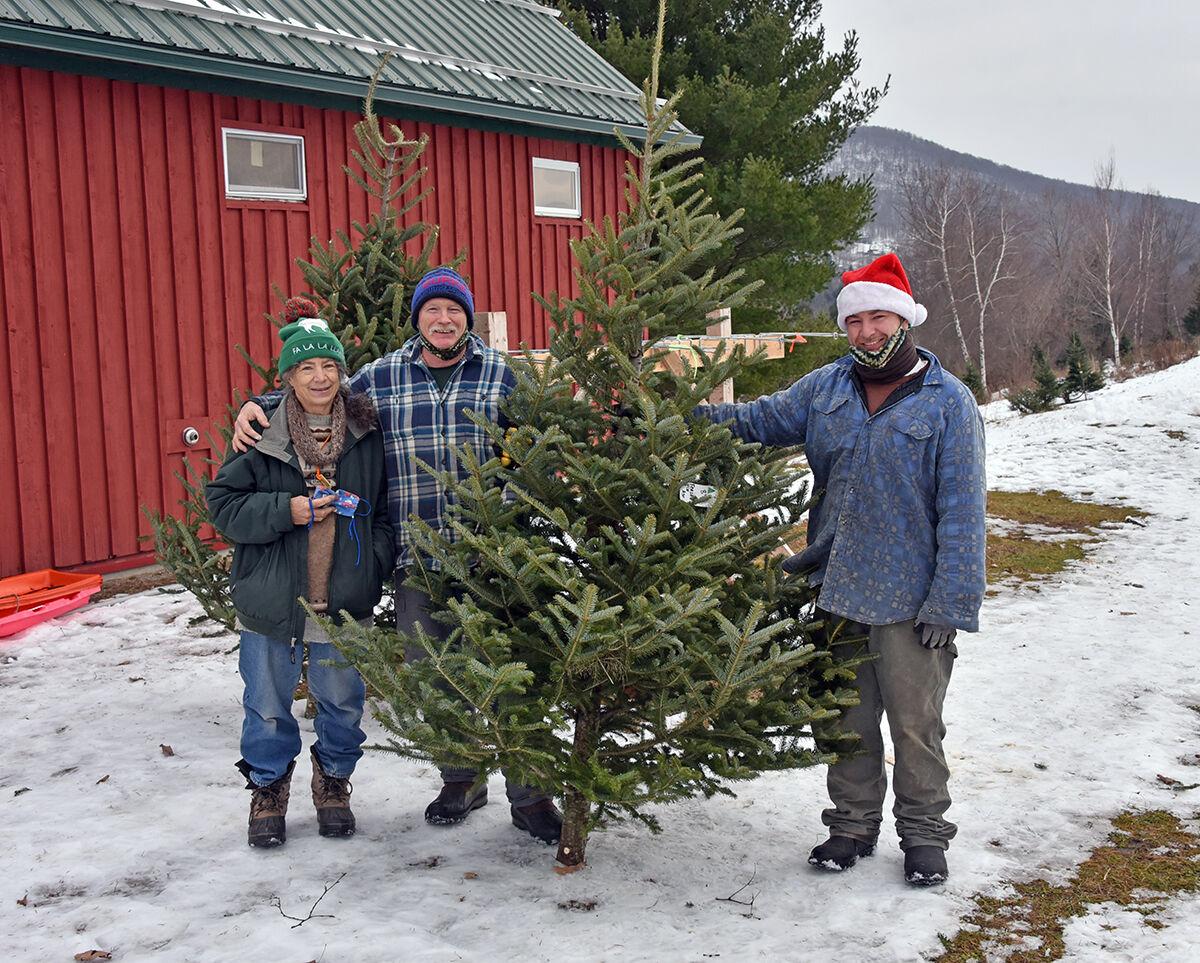 Lindsay, Geoff and Stephen Chandler of the Northern Vermont Llama Co. and Christmas Tree Farm in Waterville in early December. 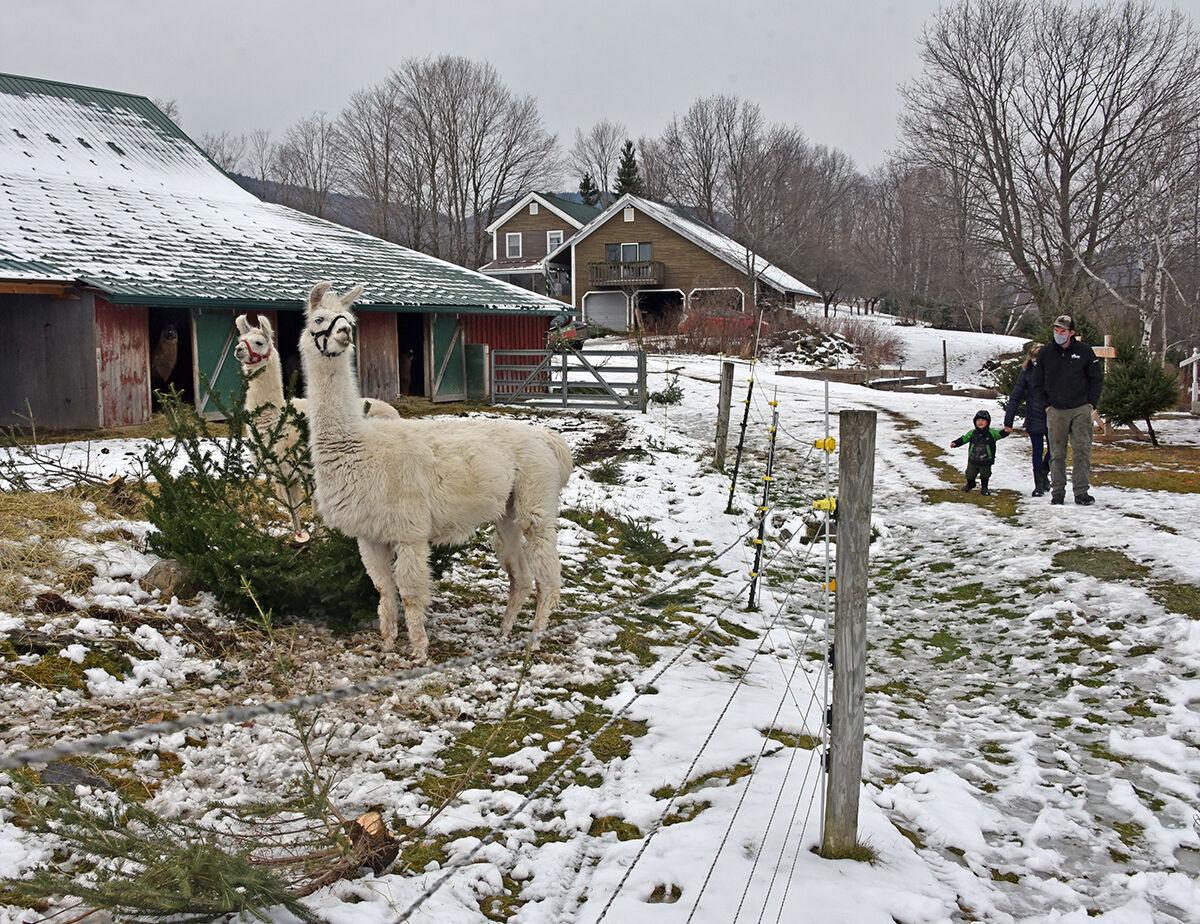 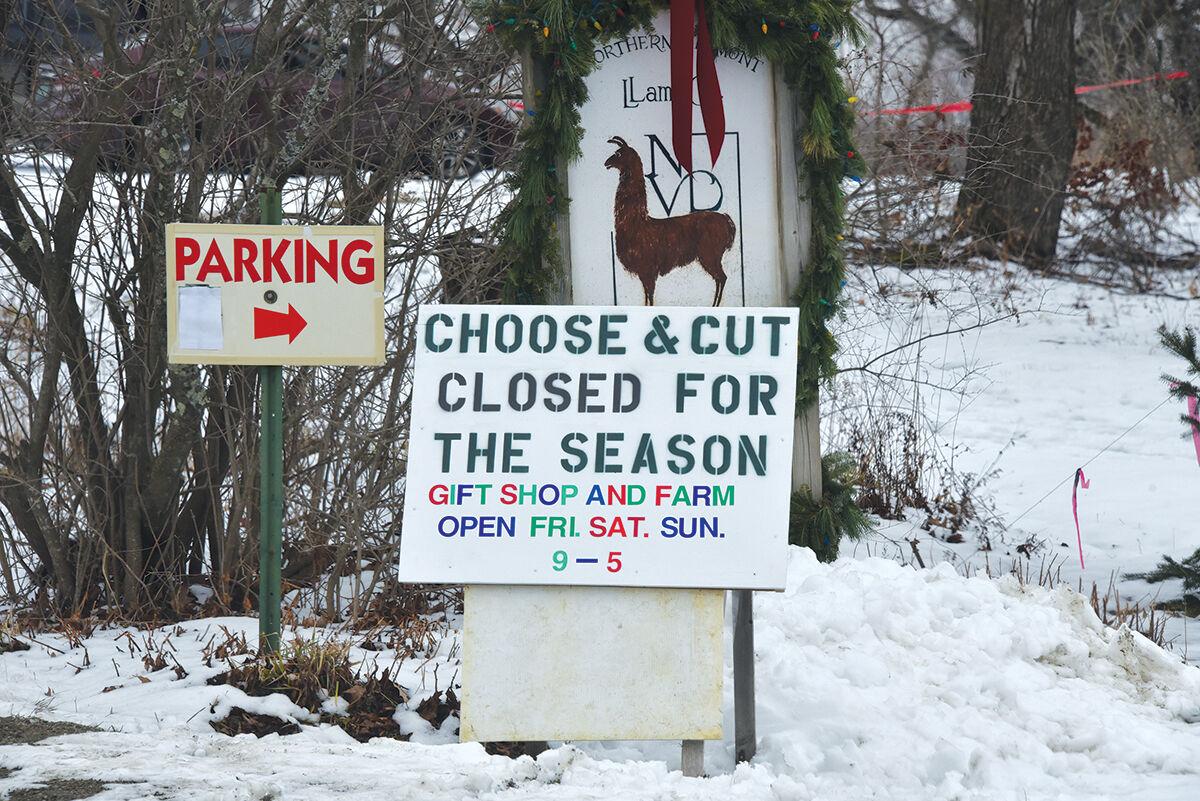 The choose-and-cut portion of the tree farm closed early due to high demand early in the season. Slim pickings for those late to the game. 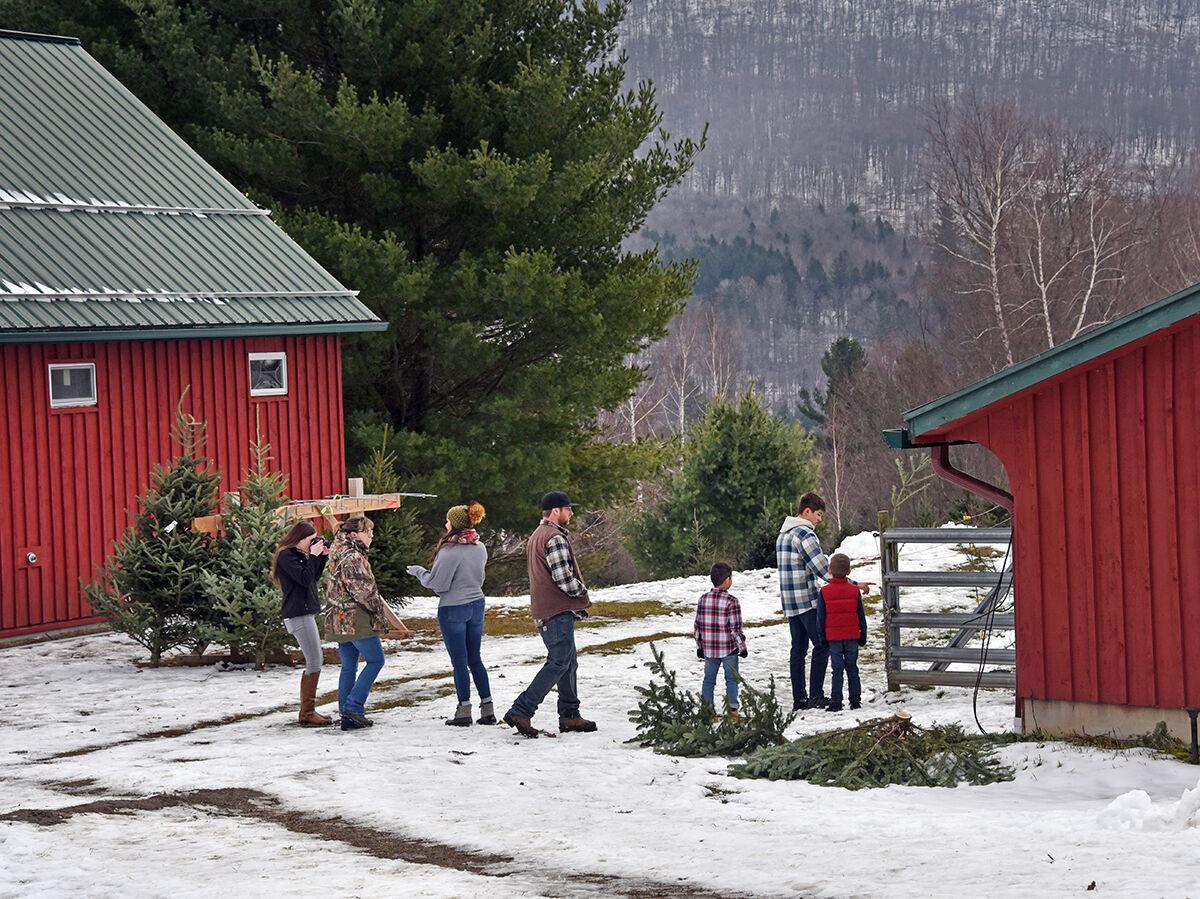 A young family heads out to find the perfect tree on the pre-cut lot. 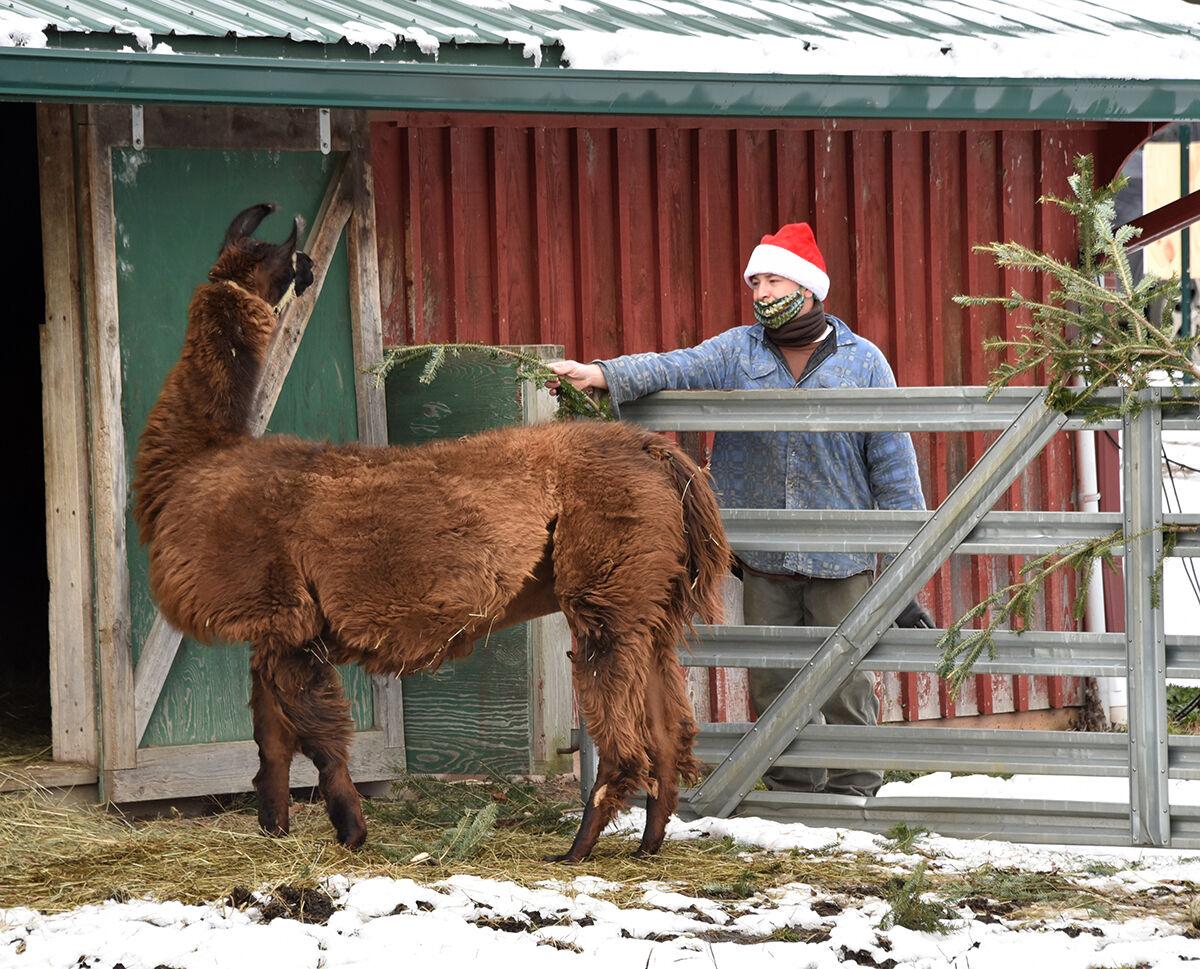 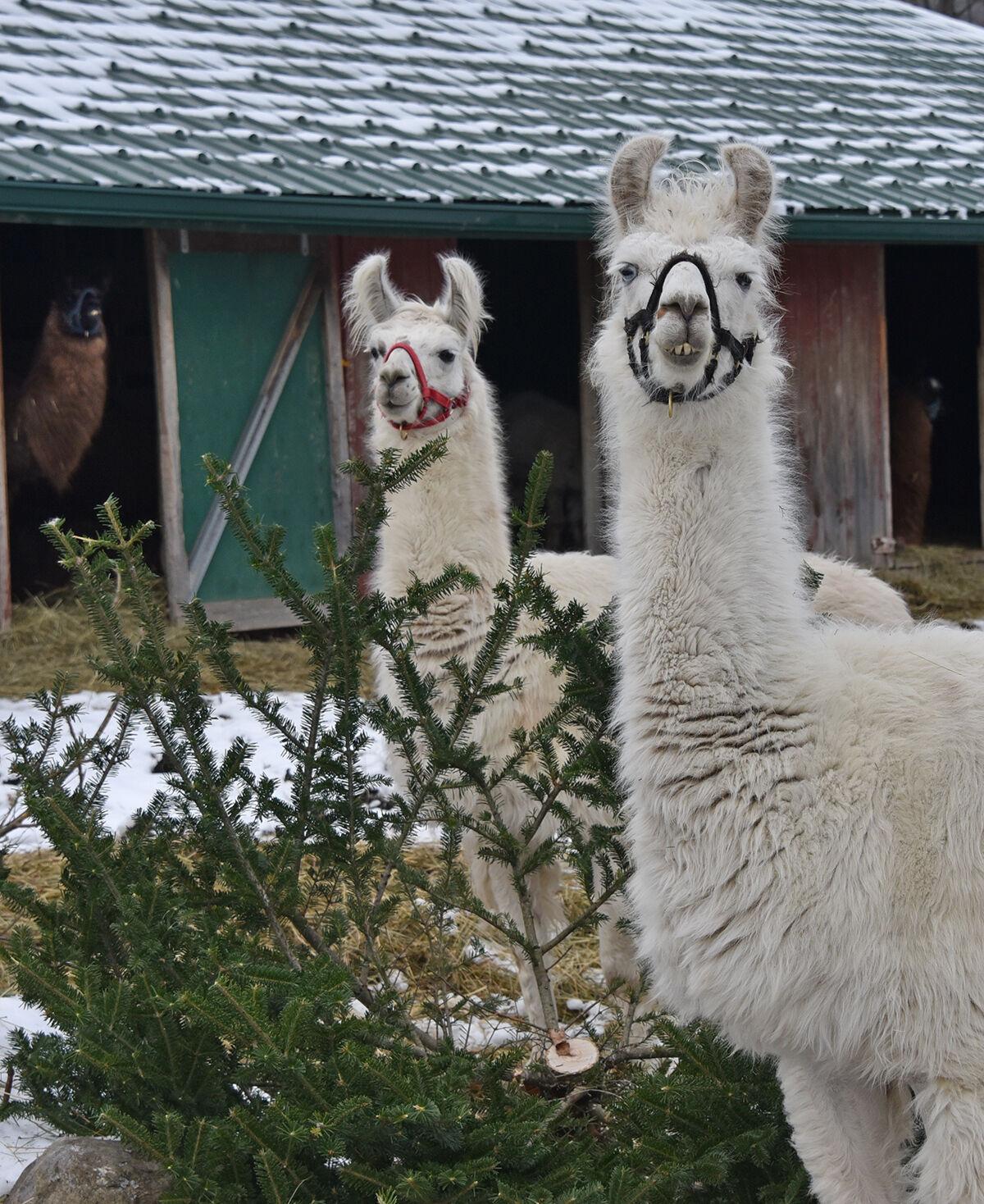 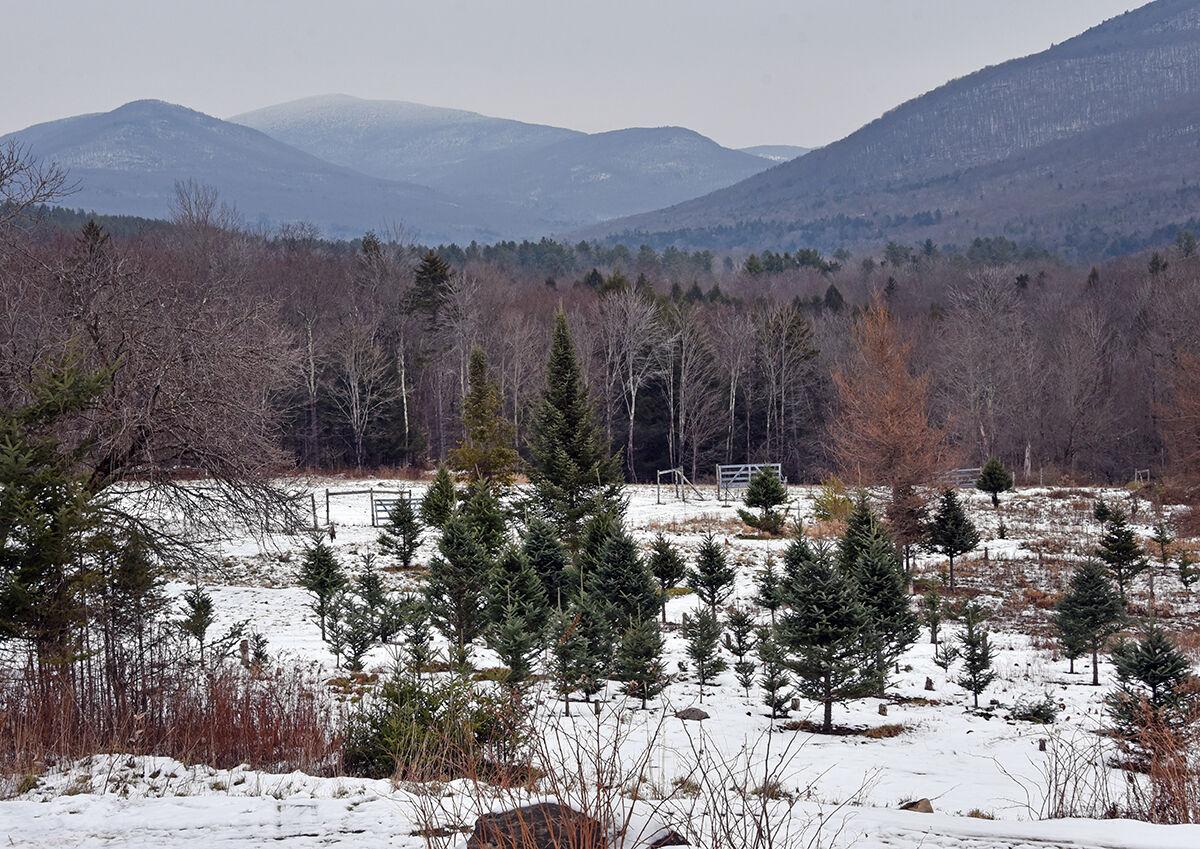 The choose-and-cut portion of the tree farm closed early due to high demand early in the season. 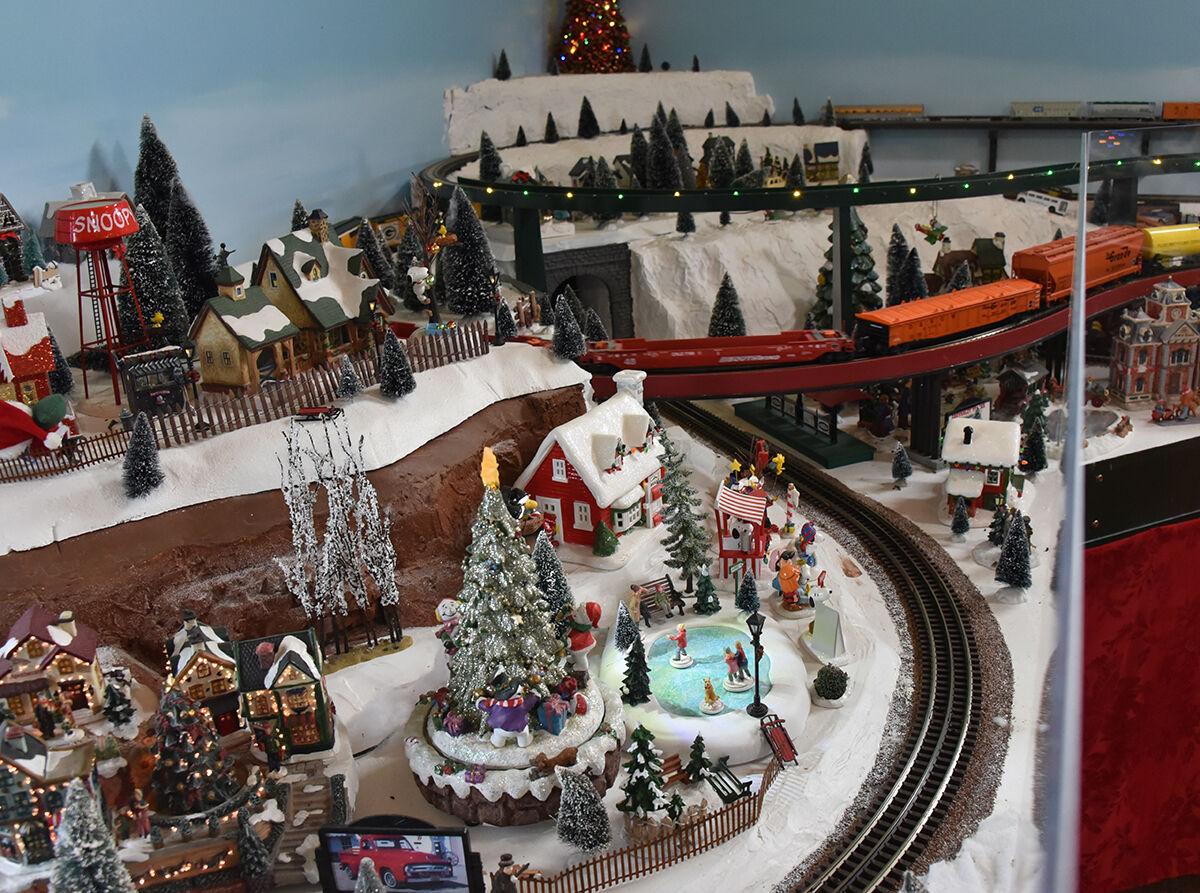 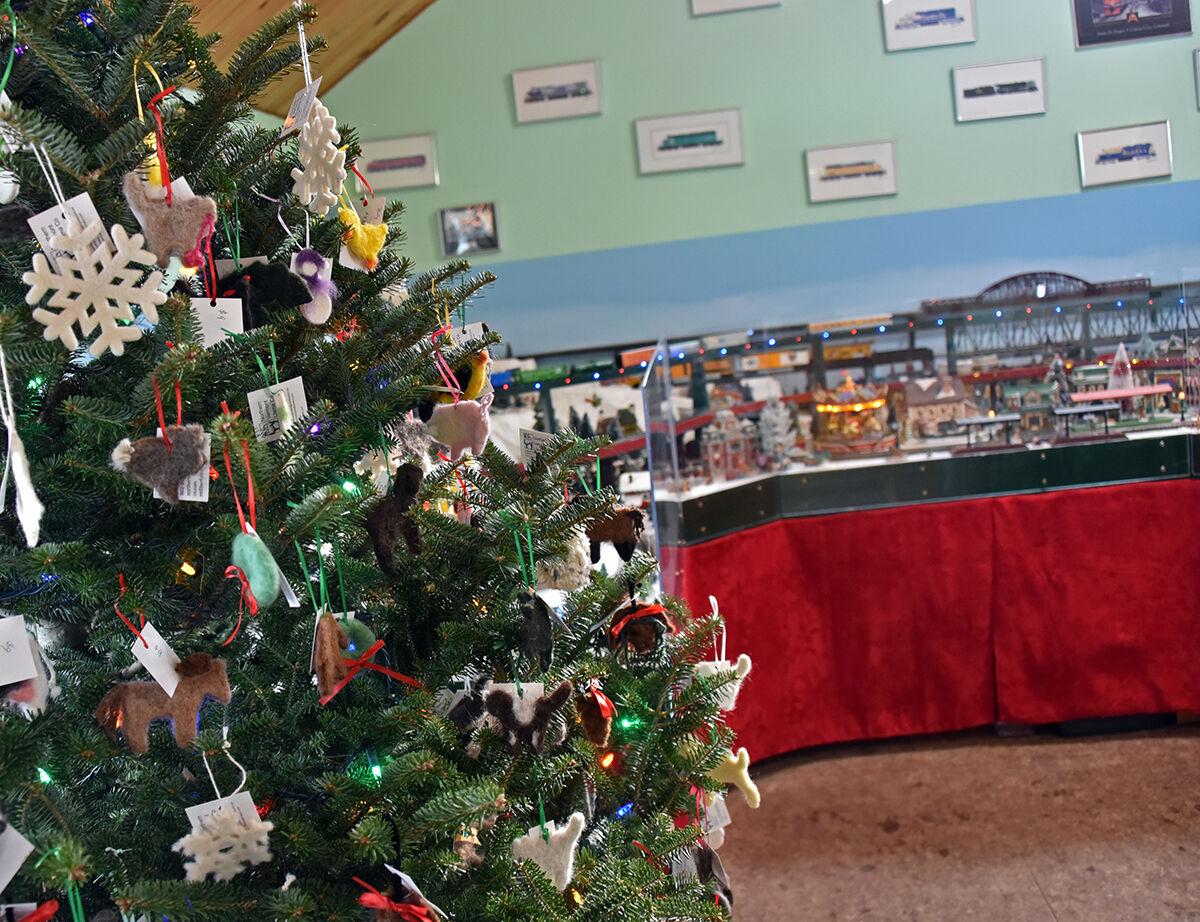 Lindsay, Geoff and Stephen Chandler of the Northern Vermont Llama Co. and Christmas Tree Farm in Waterville in early December.

The choose-and-cut portion of the tree farm closed early due to high demand early in the season. Slim pickings for those late to the game.

A young family heads out to find the perfect tree on the pre-cut lot.

Last year was a good one to be in the business of selling Christmas trees.

Up and down Vermont and across the country, Chandler said, people visited Christmas tree farms and stands in record numbers, particularly early in their selling season.

“It was a year like I’ve not seen before,” Chandler said.

“It was busy, a pretty remarkable season in a lot of ways,” Steve Moffatt agreed. He operates Moffatt’s Tree Farm in Craftsbury with his family; they sell hundreds of trees wholesale to distributors across the Northeast every year and also run their own cut-and-choose operation at their Craftsbury location.

‘Tis the season to get green

There were so many people buying trees this year that many farms, the Chandlers included, had to close early to help preserve their stock of trees for next year. The Chandlers aren’t sure they set any records this year in terms of total sales because they don’t have as many trees in general as they used to, but in two weekends this year they sold as many trees as they did in four weekends of business in 2019.

A good chunk of those went out on their first open weekend.

“Thanksgiving weekend was unprecedented,” Chandler said. The following one was almost as busy, and by the end of it he and Lindsay decided they had to forego the final two weekends before Christmas to save their stock for the 2021 season.

The Chandlers have been selling trees since the 1980s, and they’ve only ever had to close early one other year, over a decade ago, to keep from overharvesting.

Choose-and-cut operations definitely seemed to enjoy the most success in 2020. Others had good seasons, but nothing quite so different from the norm.

The Williams, who own and operate Williams Family Christmas Trees, cut all their trees themselves ahead of time and then sell them at a lot near the intersection of Route 15 and Centerville Road in Hyde Park. They had “a very average season,” according to Tucker Williams.

“There are quite a few people selling trees in the Morrisville/Hyde Park and surrounding areas so we didn’t experience any kind of tree shortage like other parts of the state may have,” Williams added.

Moffatt said that things went off without a hitch at his family’s choose-and-cut stand on part of the farm, even though they were extremely busy. And many of the distributors Moffatt sells to out of state reported being just as busy.

One of his customers runs a stand in Brooklyn, where demand was so high that the customer briefly ran out of trees. Moffatt soon had another truck on the road to the Big Apple, and when word got out that the truck was on its way “people were literally in line waiting for trees.”

Many growers now wonder how many trees will be available to sell next year.

“Everyone is really wondering what it will look like next year, both wholesale and the choose-and-cut,” Moffatt said.

The 2020 season wasn’t just one that saw more trees sold. Everyone agrees they were selling earlier too.

“I think people would rather have it earlier than later,” Chandler said, and balmy weather over the course of Thanksgiving weekend and the following one made that early rush even more pronounced.

Williams agreed, saying, “People seemed to be looking to lift their own, and others’, spirits by decorating for the holidays sooner than they otherwise would have.” He cited extra free time and stir craziness from COVID rules and the “Light Up VT” campaign endorsed by Gov. Phil Scott as reasons got into the holiday spirit in a hurry.

That early run on trees meant some sellers, like the Chandlers, had to close up shop earlier than normal.

“You can’t force these trees to grow faster, and you have to have trees for next year.”

“You can’t force these trees to grow faster, and you have to have trees for next year,” Chandler said.

“Trees don’t pop up overnight,” Moffatt added. On average, it takes about 10 years from planting until it’s ready to head to someone’s living room, so anyone who oversells in a given year is going to be light on trees for awhile.

The Chandlers took to social media letting people know about their early closure, and did maintain their gift shop, selling pre-cut trees and allowing visitors to meet the llamas or take a mini-hike.

The Moffatts didn’t have to shut down with so many trees flying off their stumps after Thanksgiving — selling so many trees wholesale every year means they have a deep well to draw from — but “looking around at our choose-and-cut, for the first time it’s noticeably thinner,” Moffatt said.

As Christmas approached, he was telling customers “you’re probably going to have to walk a ways to find something.”

“I don’t feel like we’re wiped out,” Moffatt said, but for the first time in a long time he thinks “it’s just as well it ended when it did.”

Greenery for a blue Christmas?

Chandler thinks the pandemic, and the need to make 2020 even more festive than usual, had many people “tossing out their fake trees and saying ‘let’s go cut a real tree.’”

It was a diversion, he said.

Chandler saw plenty of large families meet up at the farm to go out and get several Christmas trees for several households. They typically came in separate vehicles, keeping it to one household per vehicle, and stayed socially distanced and masked up while on site, but cutting Christmas trees provided a safe, outdoor activity that they could do with family members or friends they might not have seen in months.

He watched people exchange gifts, too.

“Some folks spent the whole day here, they just wanted to walk around,” Chandler said. “They got their tree and then just hung out for awhile.”

Moffatt said that many of his customers who buy large numbers of trees wholesale from him were pretty nervous heading into the season, worried about lockdowns and lack of buyers.

“I certainly didn’t know what it was going to be like, but I felt like most people were going to buy a tree,” Moffatt said, and he spent a lot of time earlier in 2020 reassuring customers: “You’re stuck at home; what else are you going to do? You’re probably going to go out and get a tree.”

Moffatt said that in recent years there’s been a growing sense that the number of Christmas trees available for purchase across the country is dwindling. That trend picked up even more in the last couple years, and in 2020 it translated to plenty of desperate pleas for trees.

“Toward the end of summer I started getting a lot of calls, new accounts looking for trees,” Moffatt said, which offered a temperature-check of sorts on demand.

Rather than asking about cost first, Moffatt recalled hearing “do you have anything?”

“It’s been a pretty dramatic turnaround,” Moffatt said. “If I had the trees to cut, and more labor to do it, I certainly could have sold more trees.”