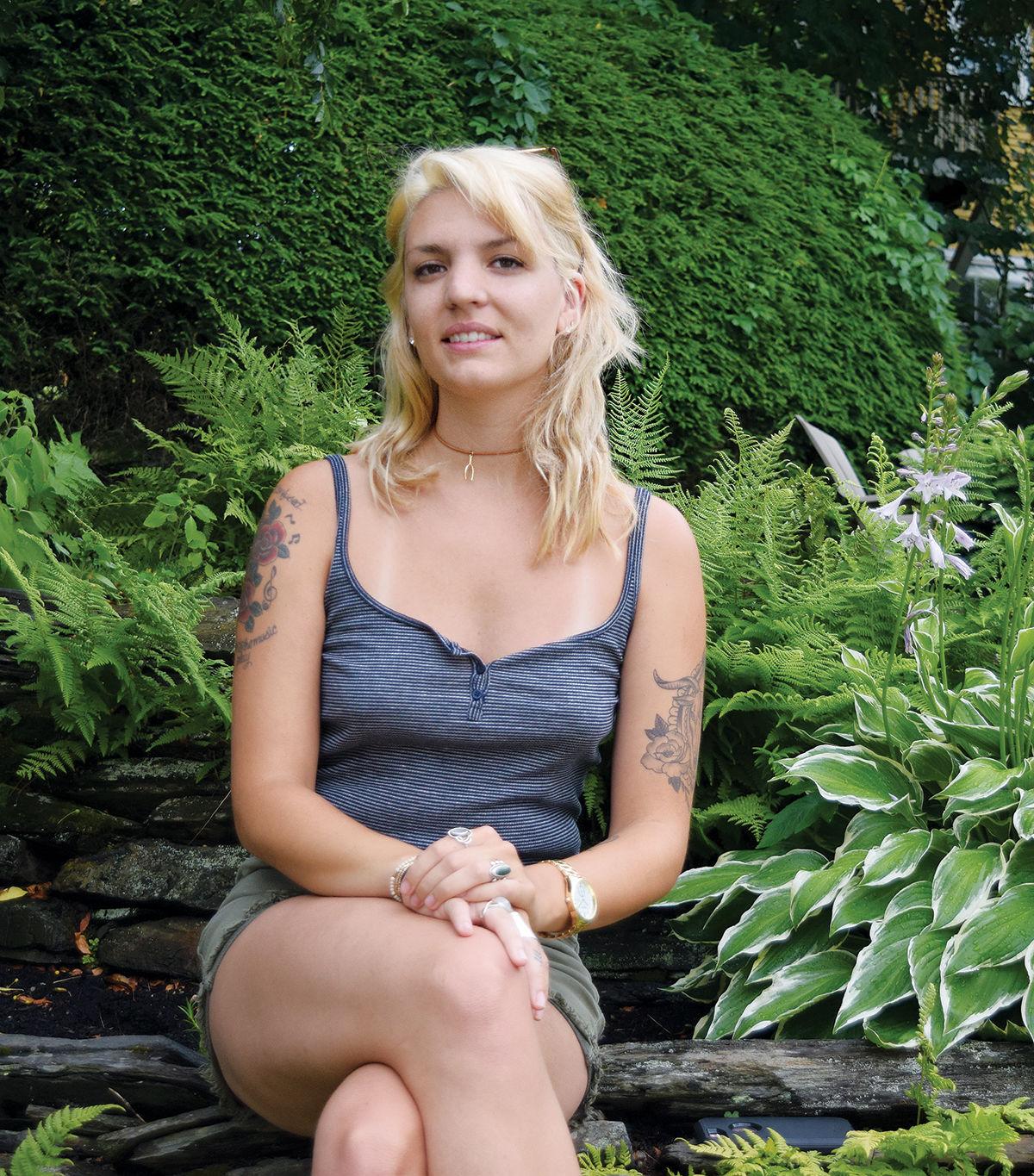 Abby Sherman, 26, of Morrisville has released her first original album, “Finding Hope.” It’s entirely autobiographical, and is for sale at Stowe Mercantile for $10. Sherman will host a release party for at Moog’s Place in Morrisville Friday, July 27 at 8 p.m., where she will perform songs from the album. 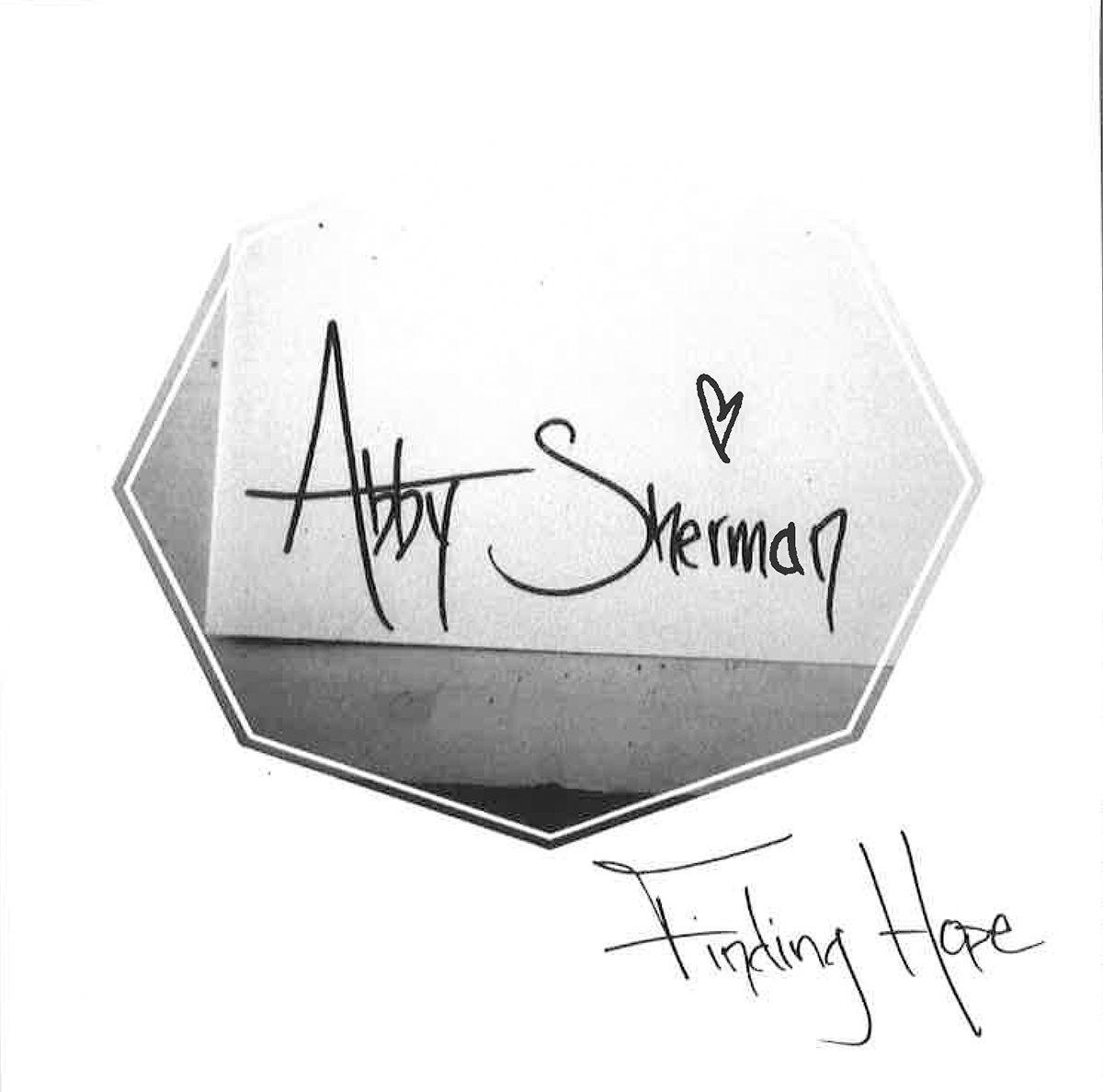 Morrisville singer Abby Sherman’s first original album, “Finding Hope,” is entirely autobiographical, and is for sale at Stowe Mercantile for $10.

Abby Sherman, 26, of Morrisville has released her first original album, “Finding Hope.” It’s entirely autobiographical, and is for sale at Stowe Mercantile for $10. Sherman will host a release party for at Moog’s Place in Morrisville Friday, July 27 at 8 p.m., where she will perform songs from the album.

Morrisville singer Abby Sherman’s first original album, “Finding Hope,” is entirely autobiographical, and is for sale at Stowe Mercantile for $10.

Abby Sherman’s first album, “Finding Hope,” is the story of a woman’s journey to herself.

The 26-year-old singer from Morrisville says this album of original folk songs represents who she’s grown to be, through raising her daughter and settling down back at home, closer to her family.

“Finding Hope” is short — seven tracks and just about 23 minutes long. It starts with Sherman’s soft strumming on “Feeling Small,” about a girl who’s so much more than the boys around her can see, wanting to go back to her country roots.

“I’ve always been singing,” Sherman said. She started writing her own songs at age 8.

She taught herself to play guitar after graduating from Stowe High School in 2010, more out of necessity than desire to learn the instrument. Sherman was the singer in a band with a few friends, and after they stopped showing up at shows, she knew she needed to be able to accompany herself on stage if she had to.

She can’t choose a favorite track off her album, but says her daughter’s favorite is “Hard Times,” No. 2 on “Finding Hope,” because it mentions her — “My daughter misses her father, but he moved to California, what do I do?” the song goes.

Sequoia Sherman is 6 years old, and already following in her mother’s footsteps. “She narrates her life in song,” Sherman said.

So does Sherman. “Finding Hope” is entirely autobiographical, she said.

Track 4, “Broken,” illustrates Sherman’s disillusionment with the life she was living when she was 19.

“I was a child when I left home the first time,” she sings, her voice taking on a folksy, rough quality that gives credence to the smoking she references on the track.

She’d just graduated from high school when she decided she needed to see the world.

“I just kind of jumped onto the festival train and was going to see shows all the time. I wasn’t working, and I was going to festivals. I pretty much lived inside that world, and it was beautiful, but it was also pretty messed up at times,” Sherman said.

“How’d I get so broken?” she sings with a rawness that evades the other six tracks, which focus on Sherman’s love of where she is in life right now.

To get there, she had to get through the broken parts, she said.

She moved back to Vermont after time in California, realizing she needed her family’s support to raise Sequoia.

“I never wanted to be in Vermont, but now that I’m older, I’m like, I could never leave,” she said. “I still struggle with winters … but there’s nothing better than Vermont summers. I wouldn’t trade that for anything.”

She rattles off the names of a few female folk artists, including Alison Krauss, as some of her favorites to listen to, adding, “I’m a huge Dead head, too.”

On her shoulder, a tattoo reads, “If you get confused, listen to the music play,” a tribute to “Franklin’s Tower” by the Grateful Dead.

Music is “so dear to me. I don’t know how to explain. It’s always there. It’s like this safe place I can always go to,” she said.

This album represents herself, in concentrated form.

“It’s me. It’s just honest and it’s just me, which is scary to put out there,” but fulfilling, she said.

She worked with Mike Drury on electric guitar, Fred Braver on mandolin, Nick DeNoia on bass guitar and banjo, and Allen Church on fiddle.

Sherman, who plays acoustic guitar and provides the album’s only vocals, and her musicians crafted the album at Lakeside Recording Studio in Eden, with DeNoia on production.

“Finding Hope” is available at Stowe Mercantile for $10, and Sherman plans to play its tracks live around northern Vermont for the next few months, including an appearance as a busker at the Spruce Peak Folk Festival Aug. 11 at Spruce Peak Performing Arts Center from 1 to 3 p.m.

Sherman is also hosting a release party for “Finding Hope” at Moog’s Place in Morrisville on July 27 at 8 p.m., where she will perform songs from the album.